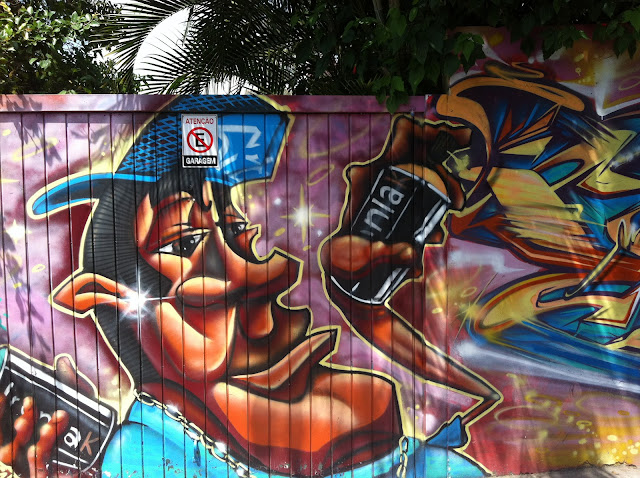 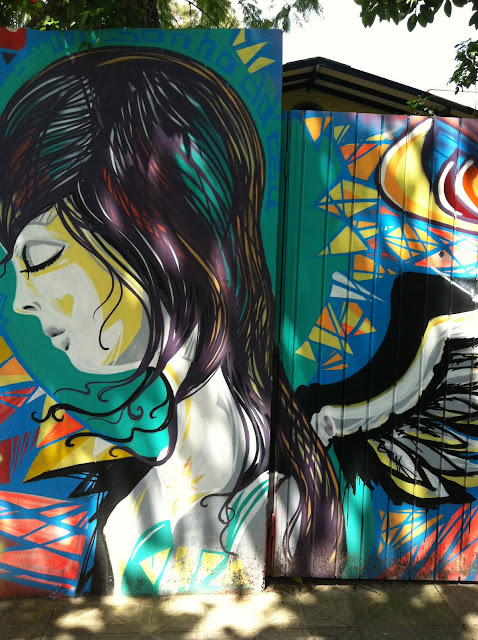 Walking in Florianopolis I stopped in awe and had to take picures of this beutiful Street Art or Graffiti. By principle I do not think that painting randomly on any wall just because you want to is ok. BUT...where you find graffiti these days i usually at places where its so dreary and dead anyway, so I understand why an artist want to liven it up. I would feel the same way.
To paint trains and places that put the graffiti artist at risk I´m certainly not in favour of. I am in favour of ART, not danger. I think our Cities of the world should make lists of places where its ok for artists to use their abilities to create. So you can go online and see what old parts of town or where it would be legal to paint or make your mark. I have used Graffiti in my interiors many times and will again. I will never forget the girl of twelve that told me as one the first things she wanted was an Old School train with her name. Said and done. I contracted a Graffiti Artist who painted her wall and we decided about the color together so the theme would work for the 12 year old who was going to live with it.
Will definitely use Graffiti and Street Art in my interiors again, and my goal is to do ceilings and walls more often.
The wallpaper we have at Jimmy Schönning HEM is a way to incorporate Street Art in your home. Look at the wallpaper from photos by Jessika Jarl below, that is made to measure, order online.
Wikipedia says :
Graffiti  is writing or drawings scribbled, scratched, or sprayed illicitly on a wall or other surface in a public place. Graffiti ranges from simple written words to elaborate wall paintings, and has existed since ancient times, with examples dating back to Ancient Greece and Roman Empire.
Read the rest of the article 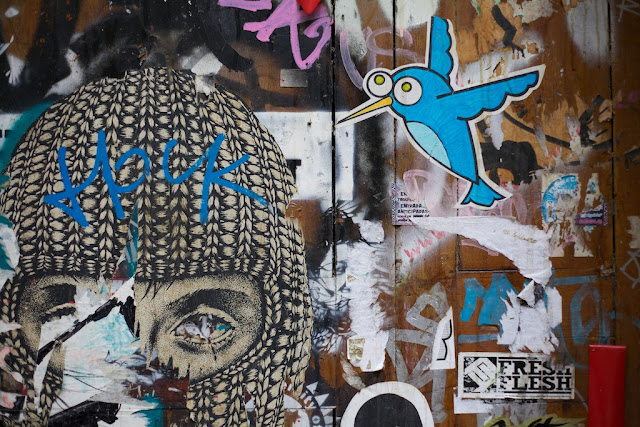