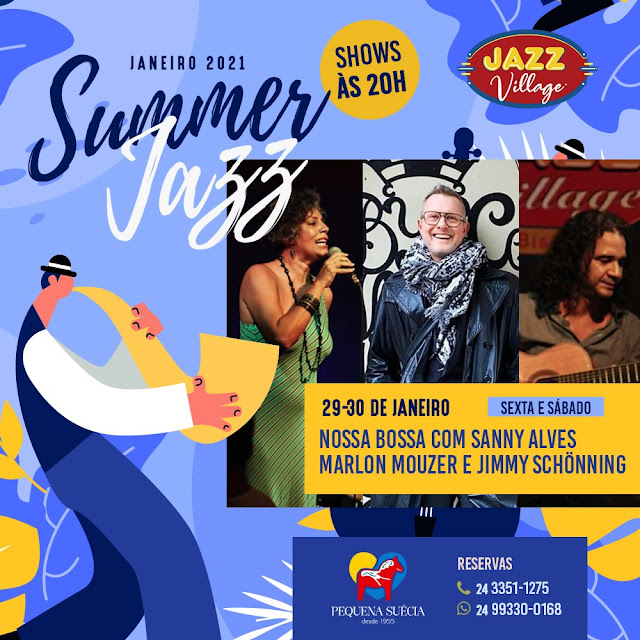 In this totally new show called Nossa Bossa that is my own idea I am singing the music that I grew up with and came to love by Lill Lindfors the Finnish Swedish artist that recorded Bossa Nova songs in Swedish like Fri som en vind called Canta de Ossanha written by Vinicius Moraes and Baden Powel recorded by Lill Lindfors in Swedish text by Torbjörn Lindroth already 1967,

the year I was born.

from 1965 with Carl-Gustaf Lindstedt cut to a mini film by Nostalgoteketpunktse.

The 19th of October  in Lapa, Rio De Janeiro 2020 Sanny Alves, Marlon Mouzer and I recorded a new version of Canta de Ossanha with both Português  & Swedish text on the birthday of  Vinicius Moraes in the city he lived to his memory.

In the show we perform music of Vinicius Moraes,

a Swedish Jazz legend and many more...

weekend on Swedish TV SVT TV talk show that she

will celebrate 60 years as an artist and will tour

Nossa Bossa is Bossa Nova and Jazz in Portugues,

Swedish and english perfomred live at

Borea is an airplane, no... it´s an outdoor collection by Piero Lissoni

“Borea is an aeroplane. It is an aeroplane that has landed, a twenty first century aeroplane with a technological soul that perhaps dates back to another century. Borea is an aluminum collection, very modern, stackable, a genuine outdoor product that you can leave out in the rain

and nothing happens, but above all it looks like an aeroplane! It gives you the idea of this timeless furniture that the tradition of the twentieth century has moved into the new century.”

We are at Ilha Grande, the tropical island off the Costa Verde
coast 2 hours drive from Rio de Janeiro, Brasil.
My husband Marcello and I have an ongoing interior update with our company Jordan Schönning at Pe Na Areia.
Pe Na Areia means feet in the sand and is a pousada/hotel and restaurant
first line at the beach at
Rua da Praia in Vila do Abraao,
Ilha Grande.
Our Color, textile and details
update for Pe Na Areia
is the first part of a later
larger renovation taking
place after the summer season.
WE LOVE FRUIT!
Pe Na Areia exists because Fernando
was born at Ilha Grande
As a son to the police officer
that worked at the prison
island that Ilha Grande was
until year 2000.
After working as a musician
he decided to open hotel on
the beach at Ilha Grande
now over 20 years ago.
The rest is
Ilha Grande history. 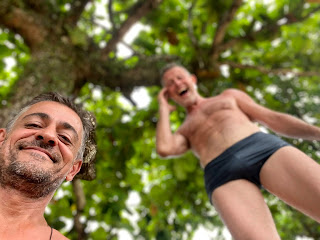 Working at Pe Na Areia this New Years Eve weekend we took
swims in the ocean as often as possible and
hung out under the Chapeu de sol trees in
the shade for our lunch on the beach.
I could get used to this way of working. 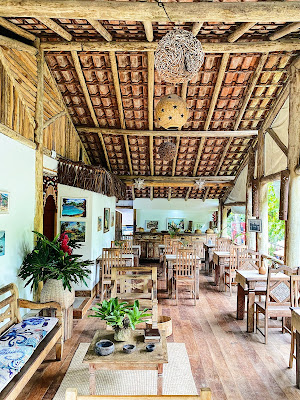 The veranda at Pe Na Areia 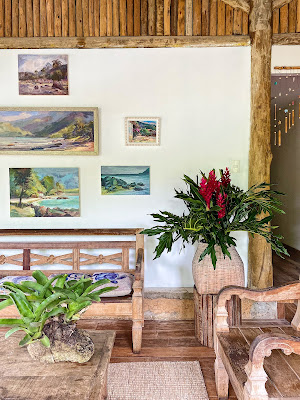 An archive of paintings had accumulated
over 20 years of artists
staying at the hotel.
Now the paintings of Ilha Grande
decorate the gallery wall at Pe Na Areia. 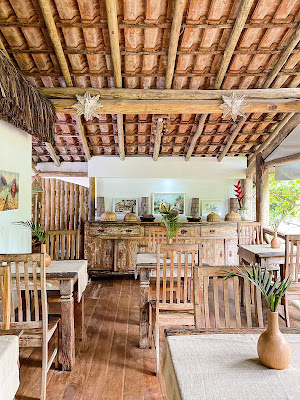 After breakfast the tables at the veranda get a linen mix table cloth
and a leaf or flower in the new handmade ceramic vessels from Cunha. 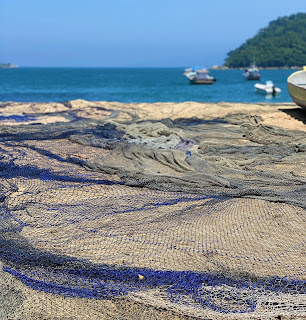 Its all about the sea at first at Ilha Grande until you se the amazing nature reserve as well and understand that you have to come back asap.
Be sure to see more of Ilha Grande
here and at my instagram @jimmyschonninghem
To get the textile result we
wanted at Pe Na Areia
in the midst of a Pandemic,
we went textile shopping.
Since the bed and windows are a sea of textile
here is where you go to find the gold.
If things were normal I would have gone to Sao Paulo
where I would have found everything normally. 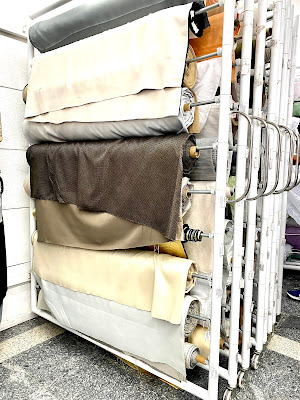 So instead of ordering already made
we are creating from scratch,
due to so many producers being unable
to deliver we design new
bed and window textiles for Pe Na Areia
to get the best result. 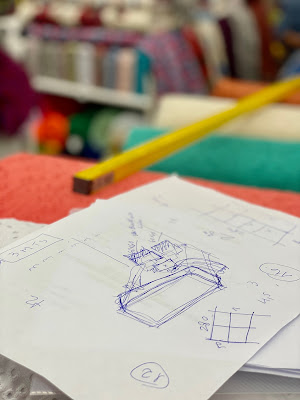 Textile magic in the making. 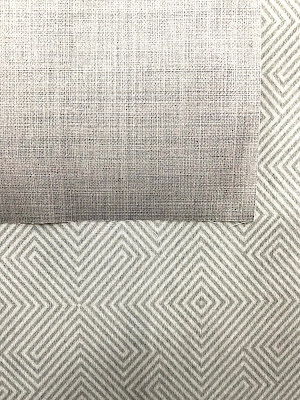 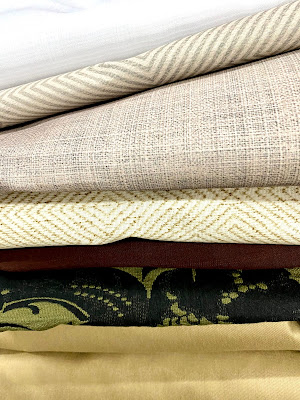 Fabric fascination.
Breakfast is served on the veranda but sometimes
it nice to just have the morning coffee in your room.
The handmade ceramics are part of the update at Pe Na Areia.
Ceramics from Cunha only a couple of hours drive from
Angra dos Reis which is one of the cities,
where you take the boat to Ilha Grande. 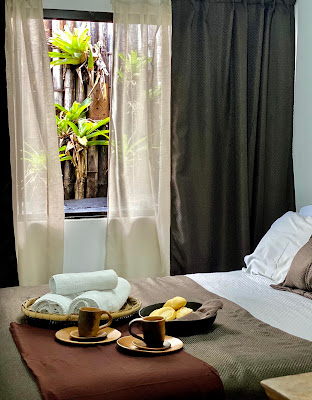 Thank you so much Fernando and Pe Na Areia.
Thank you so much for choosing a unknown forigner like me and for
believing Marcello when he recommended me for this job.
IN JANUARY I WILL HOST AND INSTAGRAM
POST AT PE NA AREIA ILHA GRANDE
Obrigado Fernando
FELIZ ANO NOVO PE NA AREIA
STAY IN TOUCH
JIMMY
Inga kommentarer: