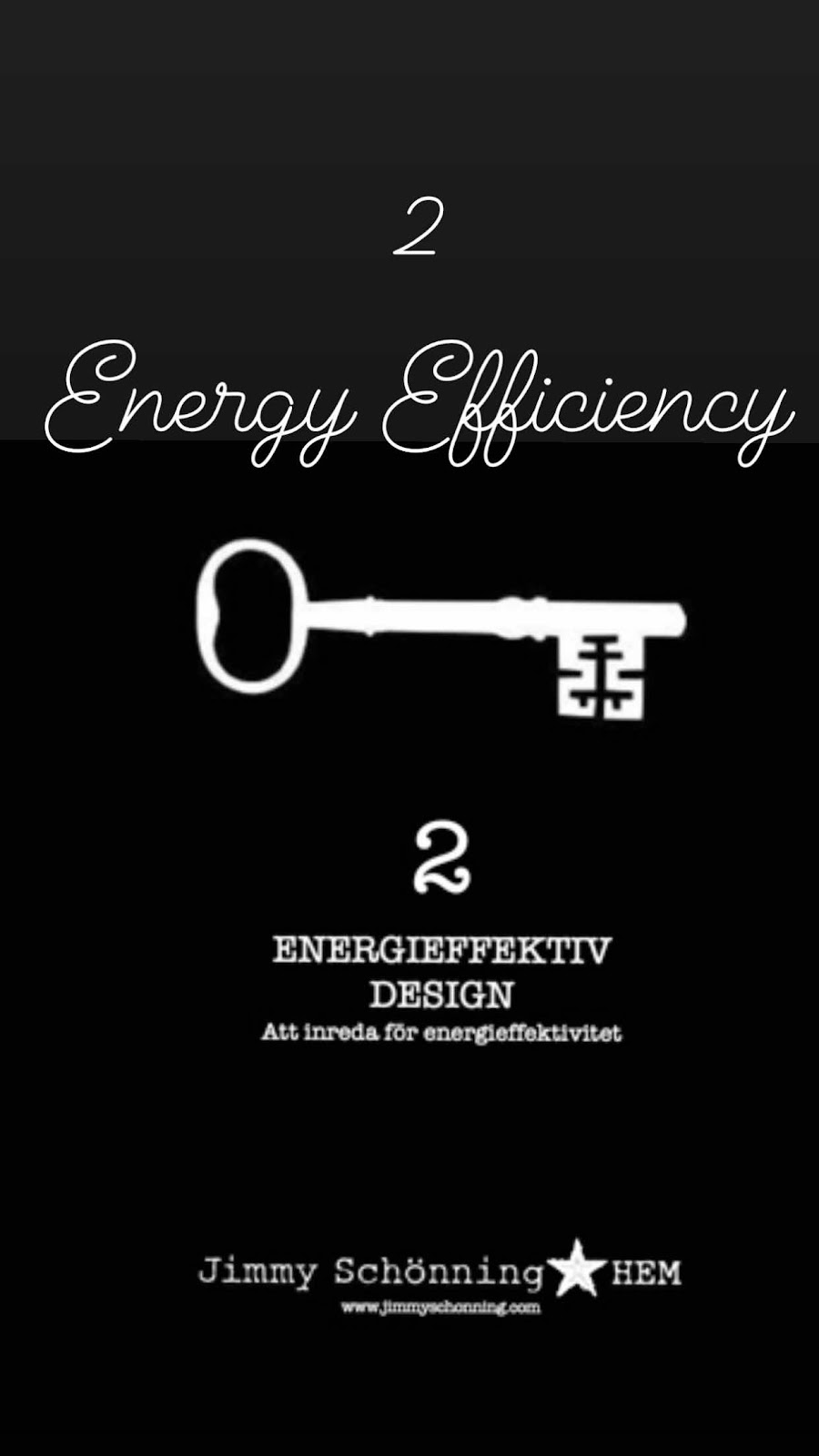 When we reach for the rechargeable
electrical tooth brush remember to have fossil
fuel free based energy in your home made from
renewable fossil free energy sources.
Part of :
Föredrag | Lecture
INRED CIRKULÄRT | 6 keys to CIRCULAR INTERIOR DESIGN
After realizing energy comsumption is one of the largest contributing causes to climate change we want to design energy efficiant interiors which is a large part of key nr 2 :
2. Energy efficient design
By reducing the amount of energy used to heat or cool your house, lighting 💡, kitchen & bathroom machines and all the electricity we crave we can contribute to lower energy consumption.
Do you want to contribute?
1-6 keys on the blog 👈🏽
Contact on js@jimmyschonning.com
Inga kommentarer: 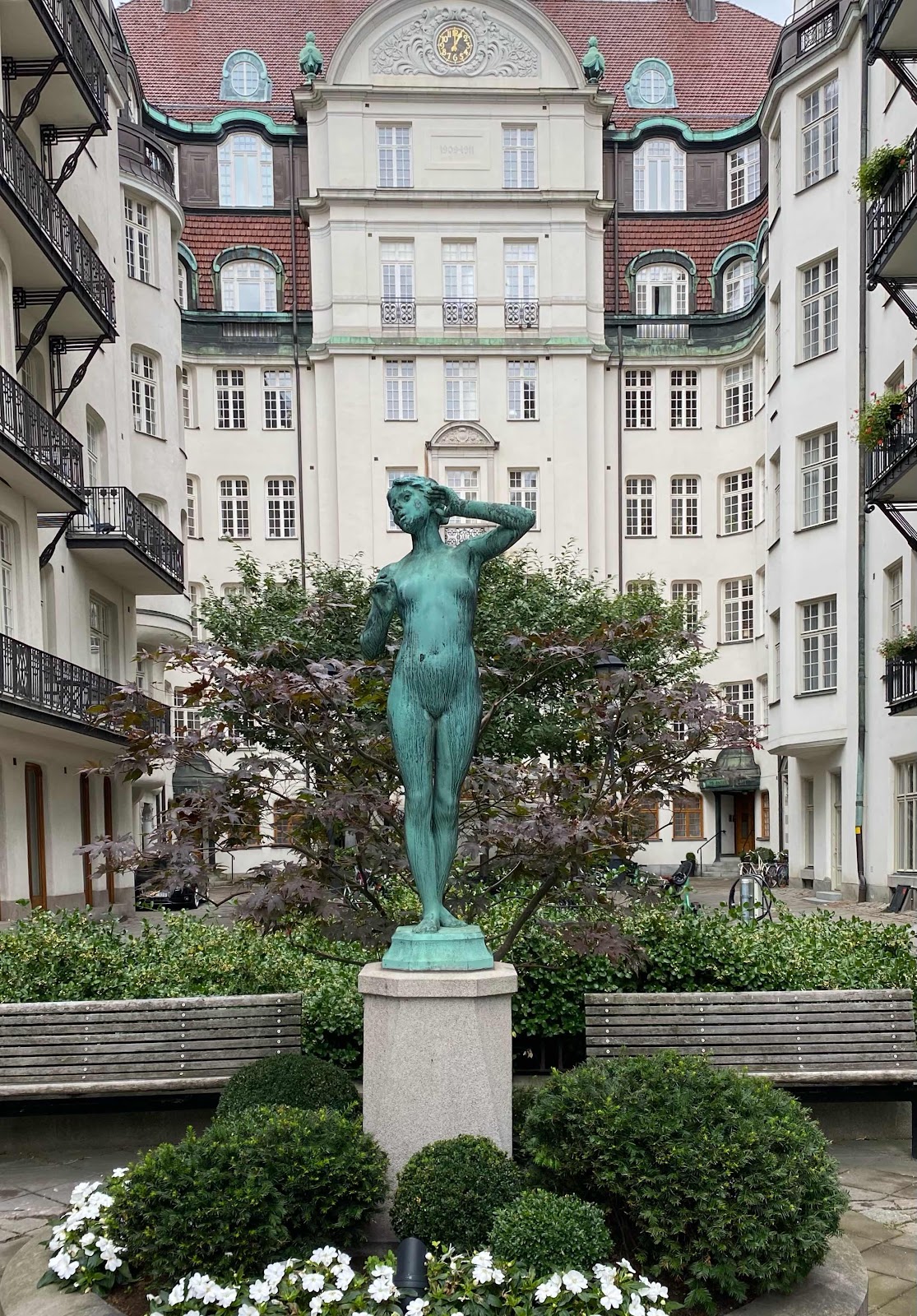 Allteftersom vi på vår
planet blir mer
medvetna om at vi
som bor här tillsammans
bär vårt personliga miljöansvar
så blir det mer klart att vi bygger
och inreder med planetens bästa i åtanke.
As we grow more conscious of our own responsibility we
want to contribute to
creating a healthier environment,
so when we design,
build and interior decorate we do so
considerate of planet earth in a Cradle to Cradle approach. 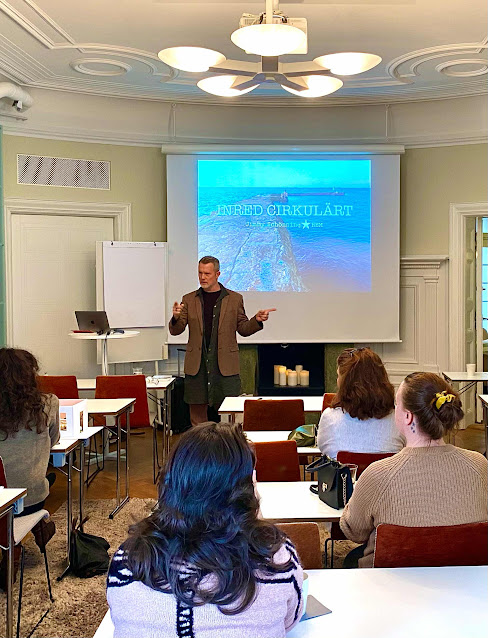 Resultatet av insikten att vi själva är ansvariga för att vår värld
skall fortsätta att existera
INSIGTH  INSIKT
is where it all begins.
When we realize that
we are all responsible for
this world to continue to exist. 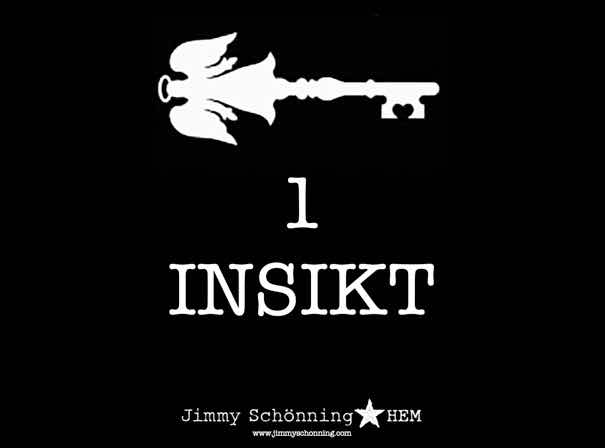 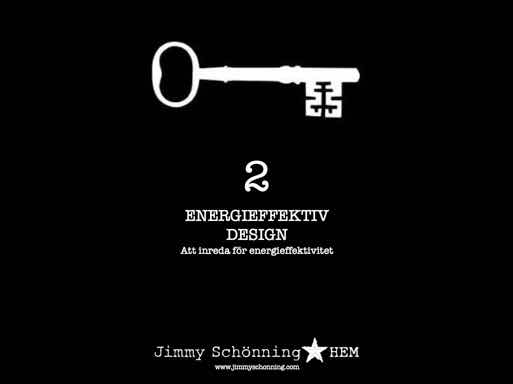 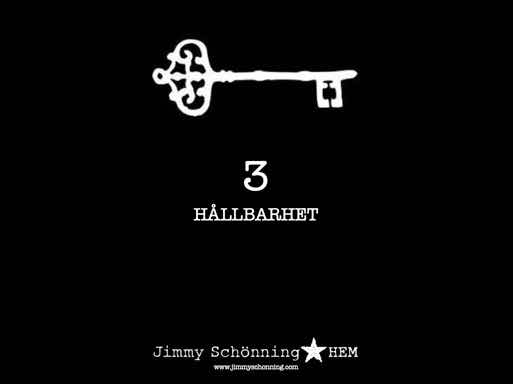 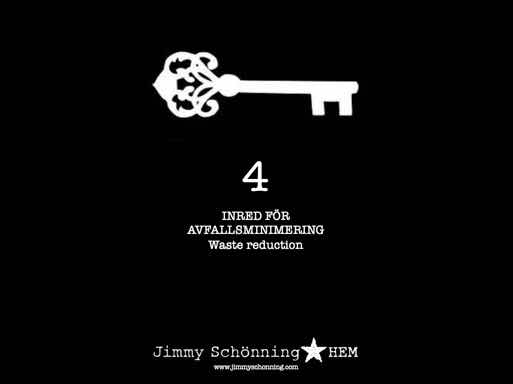 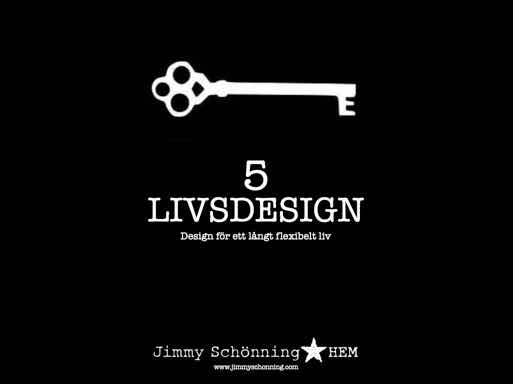 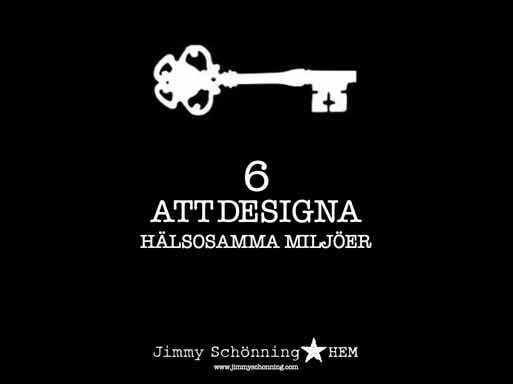 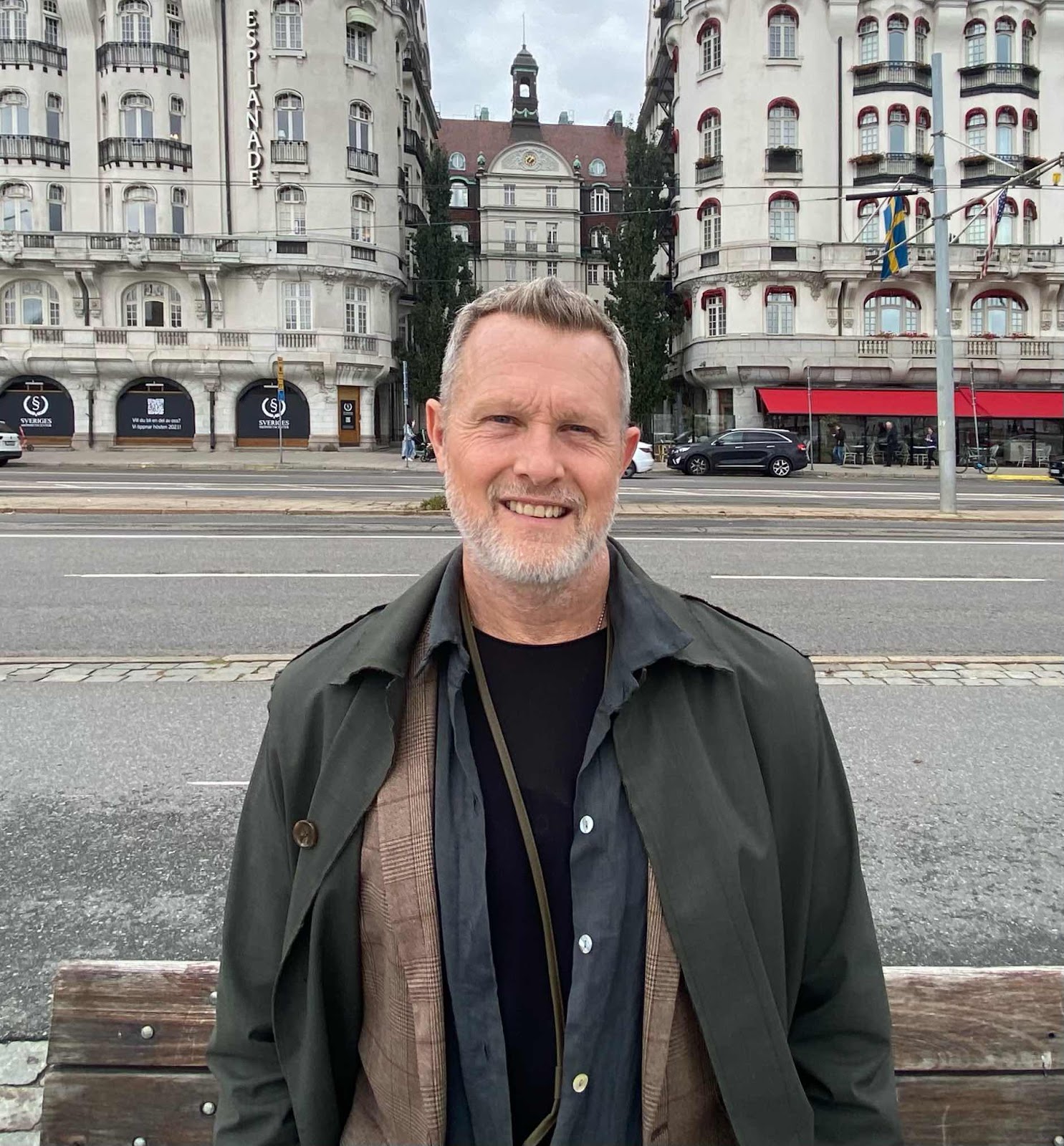 AND BUILD A BETTER MORE
SUSTAINABLE FUTURE TOGETHER. 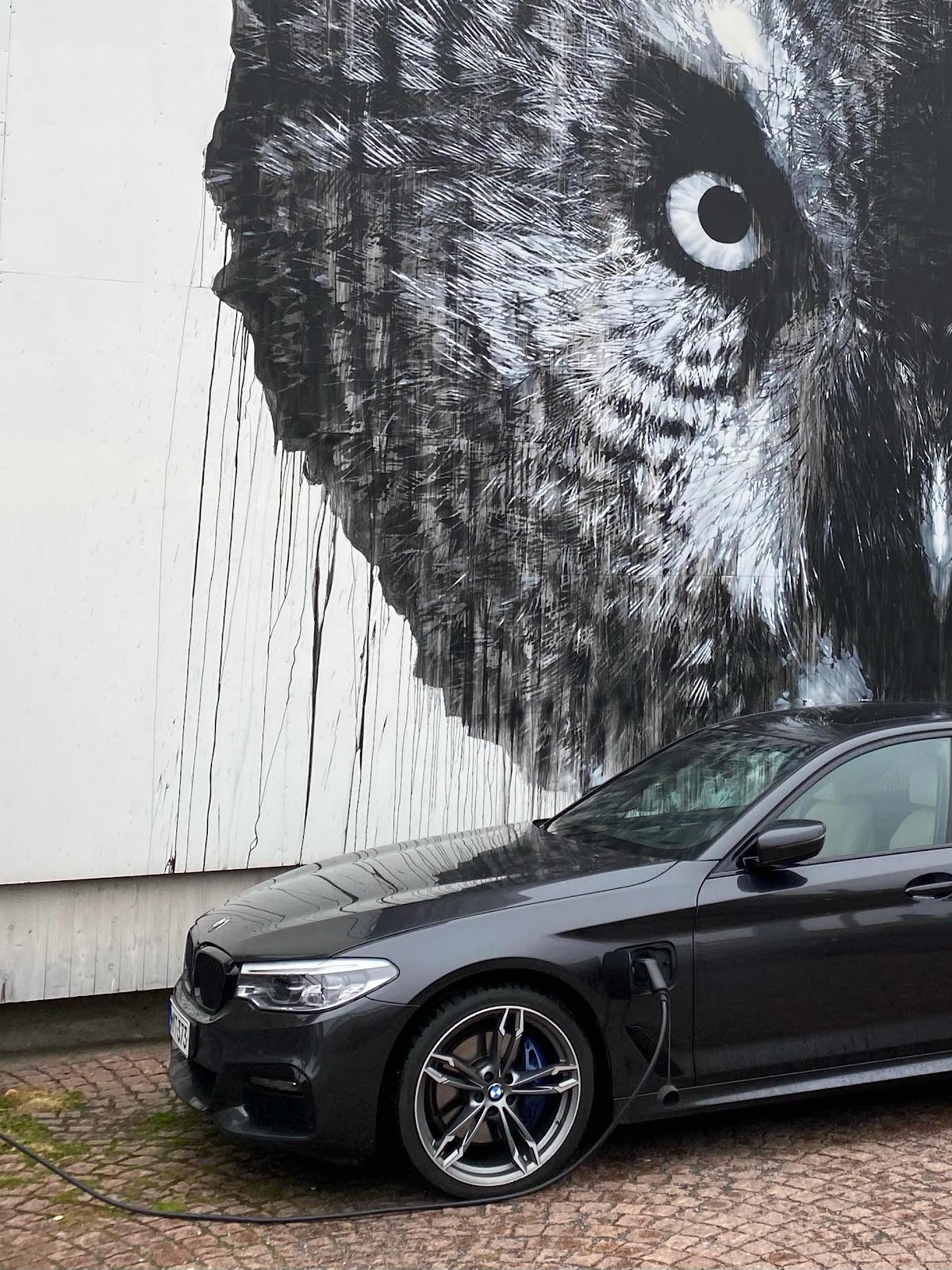 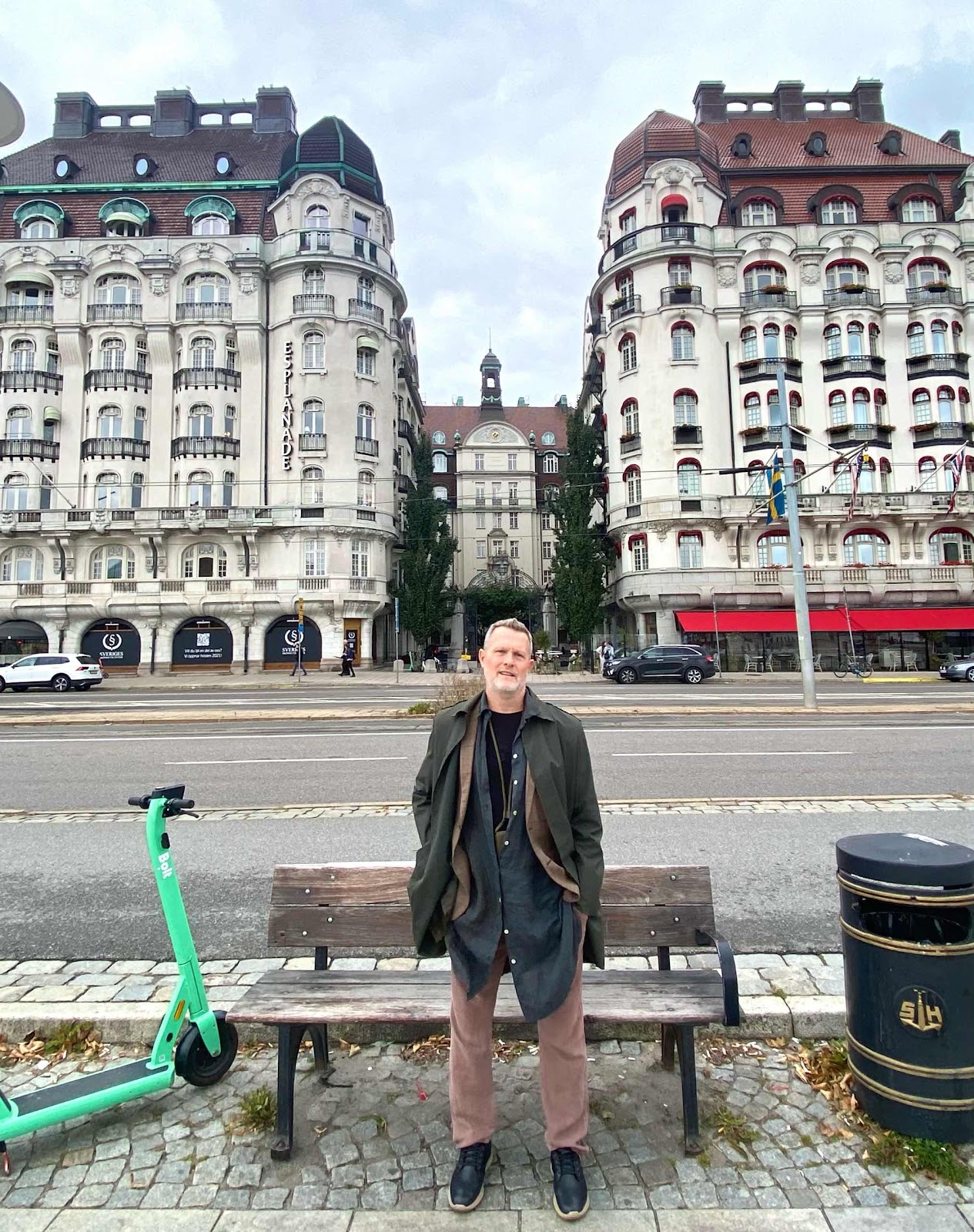 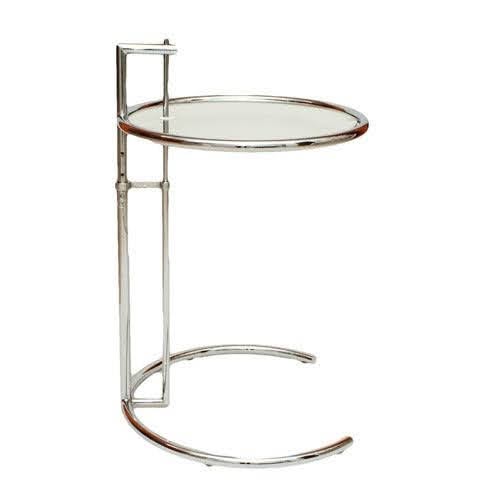 E 1027 E for Eileen 10 for J (Jean)  being the 10th letter of the alphabet. 2 for B (Badovici) 7 for G as in Gray.
My first glass side table bought to my first apartment was from IKEA. It was a minimal glass and metall table which looked more like a dentist table in my eyes.
Industrial type design. I loved it.
My design savvy relative visting me the same day I had found the right place for my new IKEA table told me she preferred the original design by Eileen Gray and not this beyond bad copy.
That is how I was introduced to the design universe of Eileen Gray who was born in 1878 Ireland and died 31st of October in Paris 1976.
Eileen Gray was an architect, interior designer and artist active within the International Style  dominating the 1950´s to 1970´s. 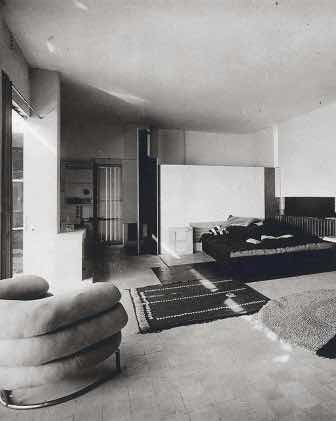 Villa E 1027 was designed by Eileen Gray
but both Le Corbusier och Jean Badovici
took credit for the inventive
modern design that was so ahead of its time.
In Behind Straight Curtains Towards a Queer
Feminist Theory History of Architecture from 2007 Architect Artist and Scientist Katarina Bonnevier analyses Villa E 1027 from a feministic and queer perspective. Her theory is that Villa E 1027 is created for an alternative lifestyle and not with the patriarchal straight so called normality in mind.
I learned this by
listening to my favorite
Swedish radio
program Stil i P1 on Eileen Gray. 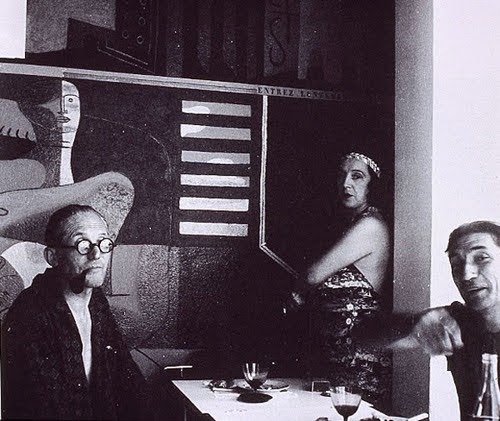 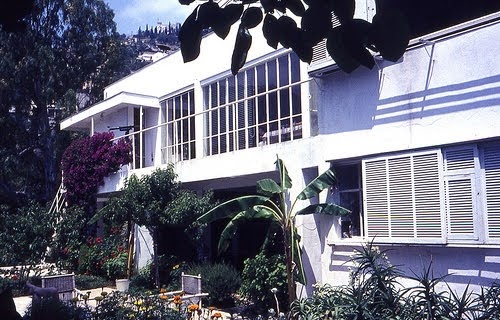 From Lill Lindfors to Vicinius da Moraes and Baden Powell

Growing up listening to and
loving Lill Lindfors.
Especially her brilliant album
Du är den Ende from 1967.
I was born 1967 so I guess
I learned to to love the song
Fri som en vind, meaning Free as a wind in Swedish, some time in the 70s. 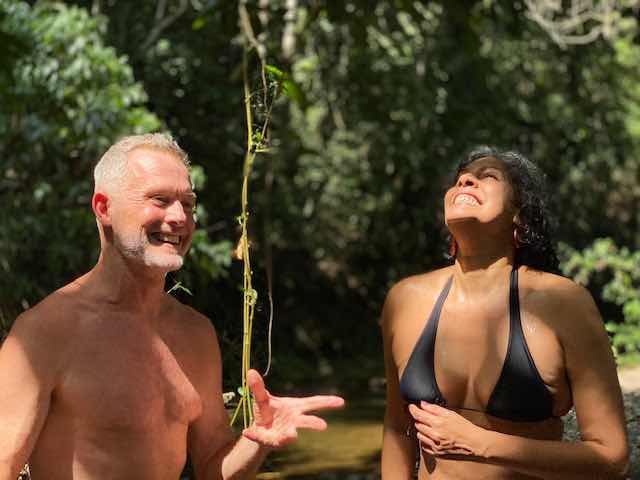 When I was in my 20s working with
music theatre I understood
the influence of the Brazilian
music and learned to love Bossa Nova.
When I heard the song Fri som en vind,
Free as a wind, in Portuguese called
Canto de Ossanha it all made sense
Had until then never checked who had written the song Fri som en vind with swedish text by Torbjörn Lindroth. The original song called Canto de Ossanha  is written by Vinicius da Moraes and Baden Powell and recorded in many versions globally since it was written in the 1960s. 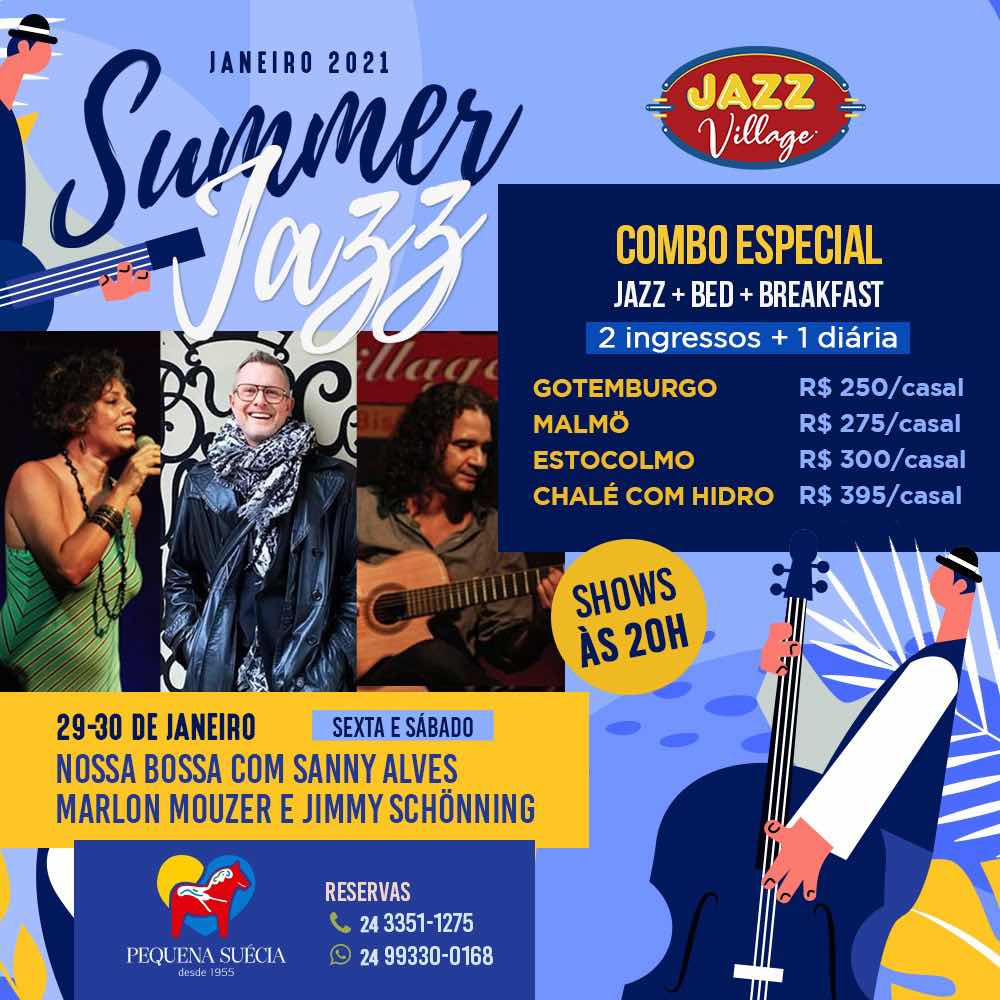 The 19th of October 2020 Sanny Alves,
Marlon Mouzer and I recorded a bilingual duet of Canto de Ossanha in Swedish and Portuguese.
The 19th of October is
the birthday of Vinicius da Moraes
who was born 1913 and died 9 of July 1980.
Click to see the post on our day in Lapa,
Rio de Janeiro recording Canto de Ossanha
and our gig at Jazz Village Penedo.
In January 2021 we premiered
our show Nossa Bossa at
Jazz Village Penedo
where we performed Canto de Ossanha
in Portuguese and Swedish as a
duet live for the first time apart
from rehearsing by the river
in our garden 5 minutes
from Jazz Village where I live in Penedo.
Togther with  Anderson Carvalho we create a
music video of our duet version of
Canto de Ossanha.
Anderson not only choreographed himself dancing,
he cut the video so I call
him our visual over all artist.
Anderson Carvalho is Brazilian Dutch
performance artist, dancer and choreographer
born and raised in Fortaleza, Brazil.
Currently living in the Netherlands.
Canto de Ossanha  Fri som en vind
written by Vinicius da Moraes and Baden Powell.
Swedish text by Torbjörn Lindroth
with a new interpretation by me.
HERE IS OUR VIDEO
shot by the river in
our garden in Penedo as well as at
Jazz Village Penedo. Dance choreography
recored by Anderson Carvalho in Amsterdam, Holland.
The owner of Jazz Village Penedo where we recored the song
met Lill Lindfors in the 70s when she was visiting
Rio de Janeiro. The owner of Jazz Village Penedo
is a Swedish family the moved to Brazil
in the 50s and hosted Lill
as she visited Brazil in the 70s.

It's a small world.
Don't you think?
I have emailed Lill Lindfors and will send another mail with our video of Canto de Ossanha Fri som en  vind.
Lill Lindfors has not answered but I am happy she knows how much she has inspired me and my work and so many with me. I hope she will tour and continue here artistry
for many years to come.
TACK LILL
Jimmy 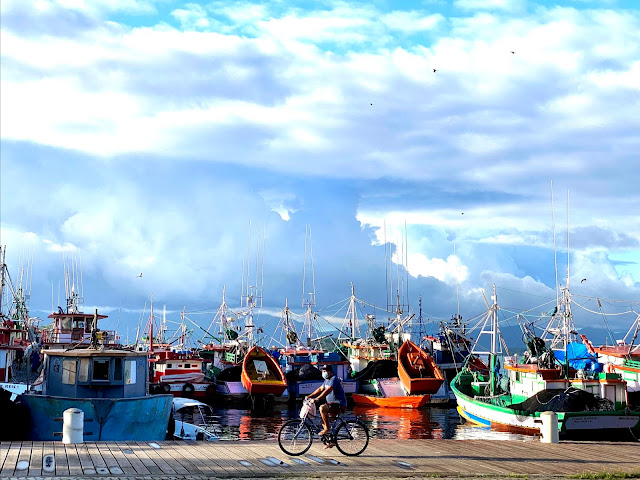 In a time when travelling is considered dangerous to your health the man going to work in the fishing harbor in Angra dos Reis is wearing a mask biking. The interpretation of prevention and
the use of a face mask in the world is different from culture to to culture that's for sure.
We are in Angra dos Reis on Costa Verde to ship the material that need to get to our hotel project on the island Ilha Grande. 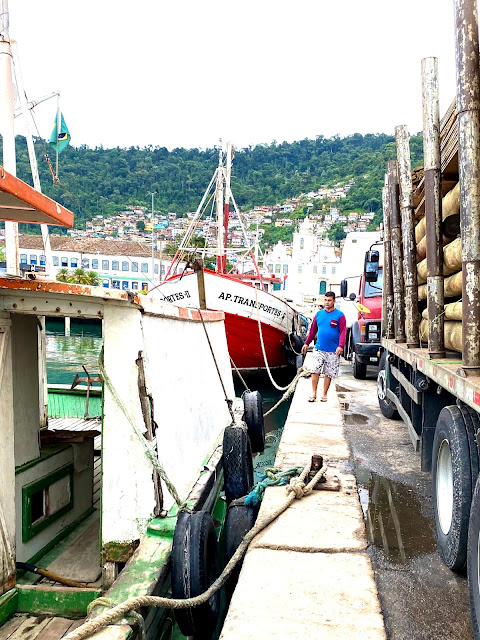 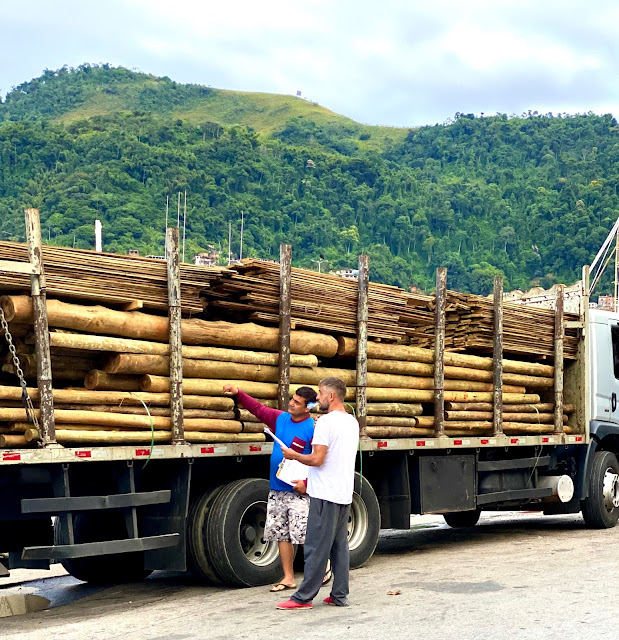 About two and a half hour drive from Penedo
where we live in the Serra da Mantiqeira mountains
we get to Angra dos Reis by the sea
on the Green Coast or Costa Verde. 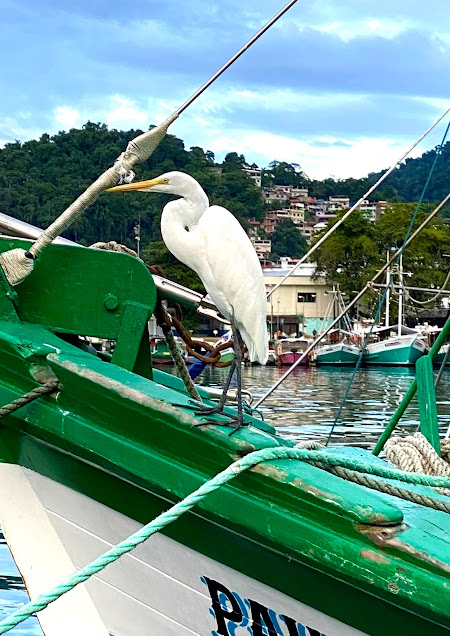 We are in the fishing harbor in Angra dos Reis
already 05.30
We meet up with the trucker
and inspect the cargo. 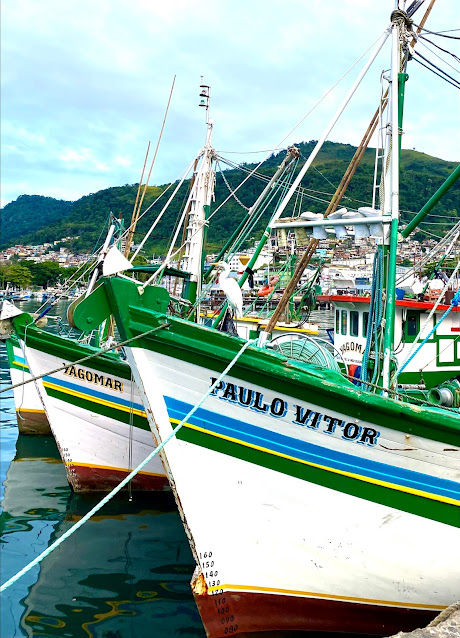 Ilha Grande is not far away from the harbor but boat is
the only way of shipping so that's what we are here to do. 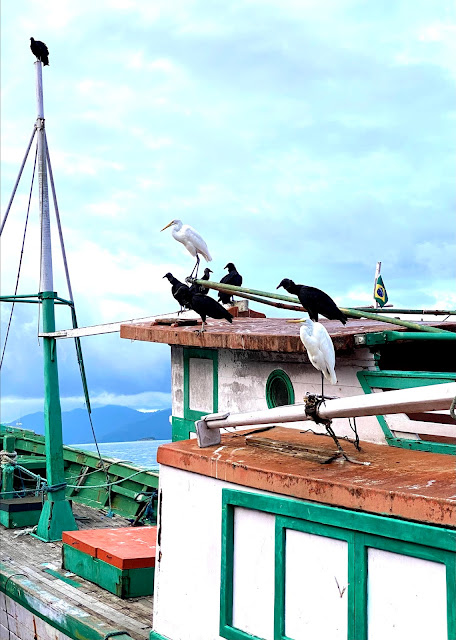 All of the birds are waiting for the fishing boats
to come in with a fresh catch. 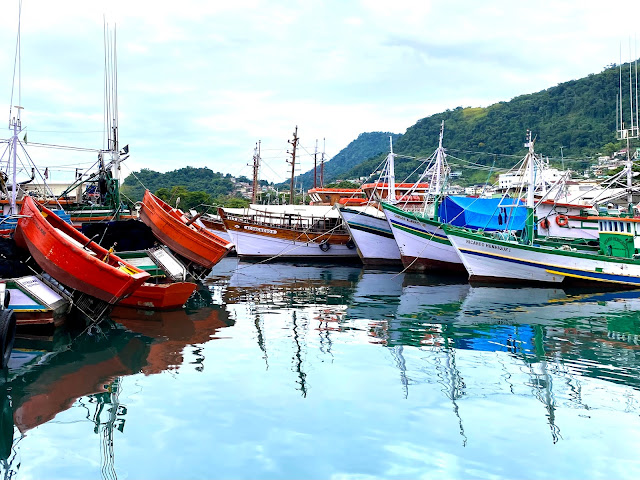 The trip to Angra dos Reis was two months ago. The hotel rooms, restaurants and mini galleria is right now being perfected.
Last year we started and this week we open the
totally updated Pé na Areia on Ilha Grande. 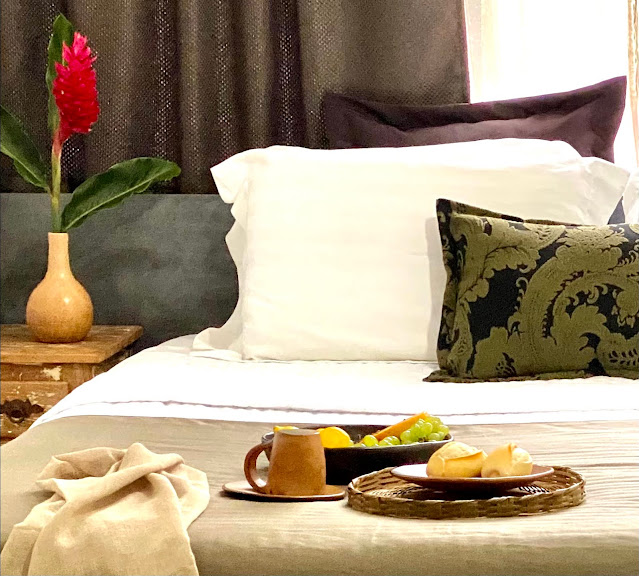 It has been a fast project considering the logistics of an Island.
Right  now all the details are put in place
and the new hotel rooms are being decorated. 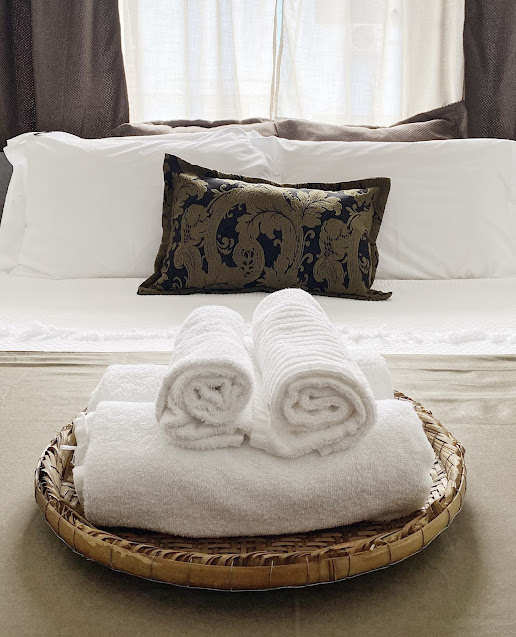 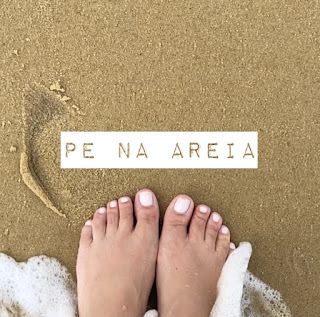 Thank you so much for the chance to work with the update and reinvention of Pé na Areia on Ilha Grande.
Stay in touch
Jimmy

who lived and worked mainly in Brazil,

is recognized fully in her home country

of Italy and consequently the whole of Europe,

since she is the recipient of

in memoriam of the 17th International Architecture

The acknowledgment was recommended by Hashim Sarkis,

curator of the Biennale Architettura 2021,

and approved by the Board of Directors of La Biennale di Venezia.

In recommending this award, Hashim Sarkis
expressed the following motivation:

«If there is one architect
who embodies most
fittingly the theme
of the Biennale Architettura 2021,
it is Lina Bo Bardi.
Her career as a designer, editor, curator,
and activist reminds us of the role of
the architect as convener and importantly,
as the builder of collective visions.
Lina Bo Bardi also exemplifies the
perseverance of the architect
in difficult times whether wars,
political strife, or immigration,
and her ability to remain creative,
generous, and optimistic throughout.

Above all, it is her powerful buildings

that stand out in their design and in the way

that they bring architecture,

nature, living, and community together.

In her hands, architecture becomes truly a convening social art.»

Just as one example, the design of the São Paulo Museum

is exemplary in its ability to create a

public space for the whole city,

to create spaces inside that are flexible

and to be open to experimental and more inclusive

The titles of these exhibitions alone,

“The House as Soul,” “The Dignity of Architecture,”

and “The Hand of the Brazilian People,”

of architecture to bring people together.

The Special Golden Lion for Lifetime Achievement is a long overdue recognition for an illustrious career straddling between Italy and Brazil, for re-enlivening the role of the architect as an enabler of society,

and for a woman who