A kitchen to love 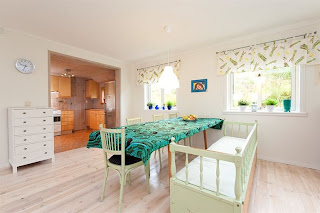 To the left you see the kitchen wood cave that I transformed into a guestroom and in the foreground the diningroom that I felt was perfect for putting the kitchen in so that the kitchen and livingroom would have half of the room each. 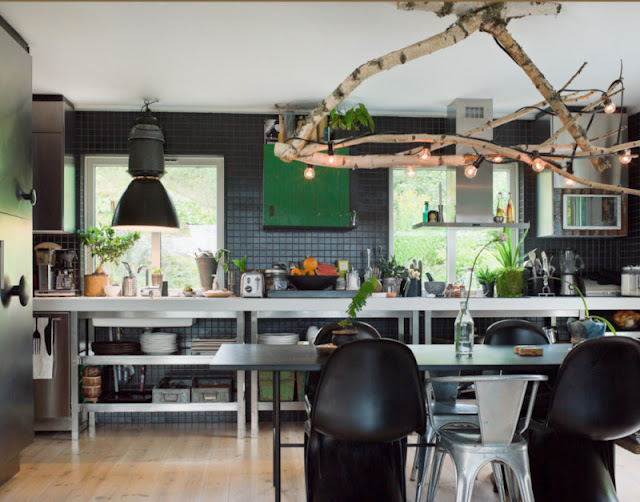 The door into the former kitchen was closed off and a new one opened from the hallway instead (will show you later) The new kitchen got all the room it needed inbetween the windows and it still gives room easily for 8 around the kitchen table. I love this kitchen! 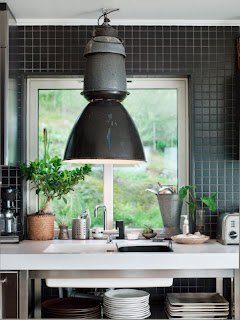 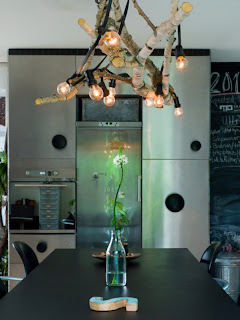 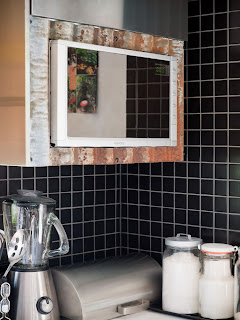 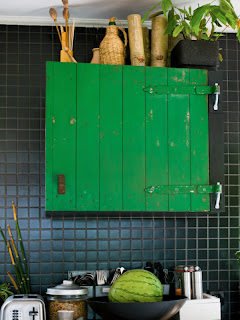 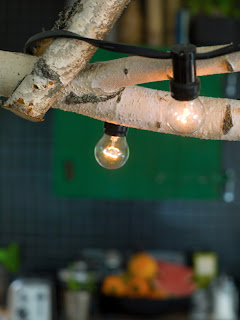 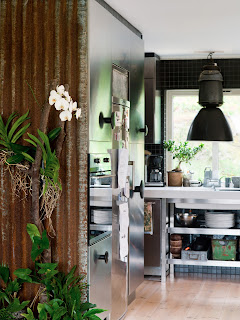 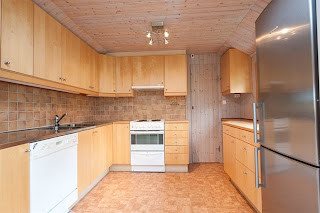 Sometimes a room can serve you better. In the case of this kitchen my choice was to move the kitchen into the very large livingroom to have a more social area with a kitchen in direct combo with the livingroom.  Instead I gained a guestbedroom ( se below) 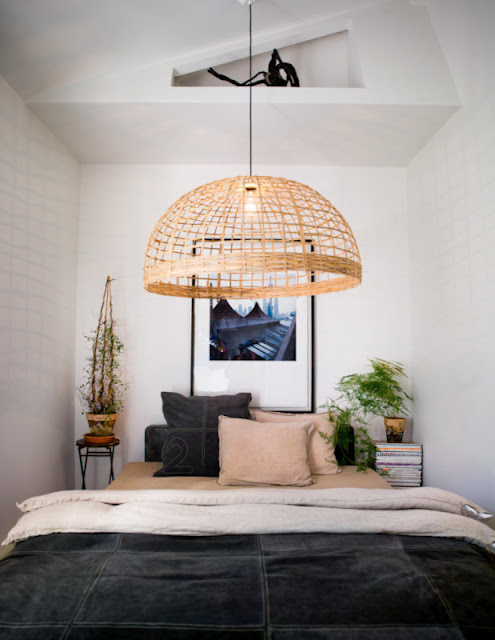 We made the ceiling higher and gave some more space to the hallway but won a whole new bedroom for guests. The entrance door was moved and a glassdoor leading out the the veranda was put in, which made the whole room gain in light and energy. 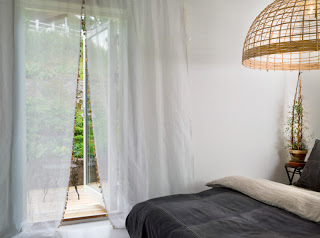 Moving the kitchen from one room to another is off course a big decision, but in this case the move of all pipes and necessary elements was just on the other side of the wall. I will show you where we put the kitchen next time :) 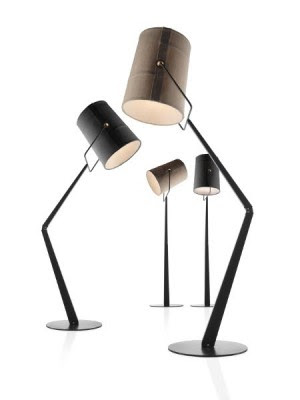 A couple of years ago Diesel with Foscarini presented this design at the Milan Furniture Fair that is a favorite of mine. 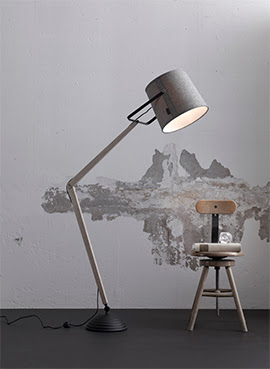 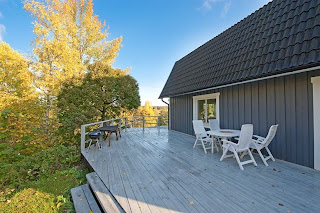 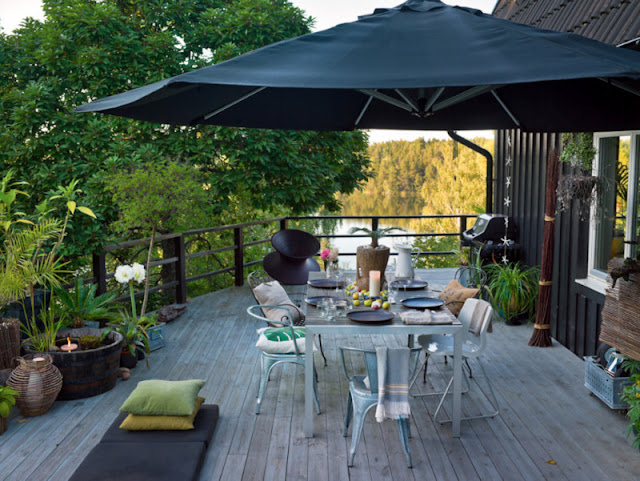 I painted the whole house a dark brownish black, otherwise the only thing we changed are the the furniture and all the lovely small things that make life interesting. The gigantic parasol helps create the feel of the outdoor room and is wonderful to sit under when the gentle summer rain falls. Using the same type of feel for your furniture indoors as outdoors as well as cushions, throws and all the deco u like makes the outdoor room come alive. Why live without a BBQ outdoors in the summer and cosy corner to fall asleep in the sun after dinner? 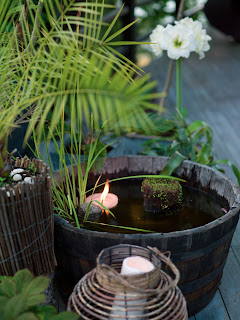 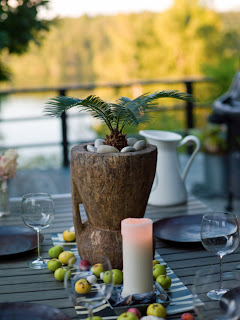 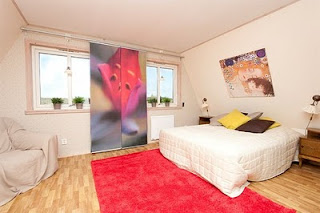 This is how it looked before I took over. 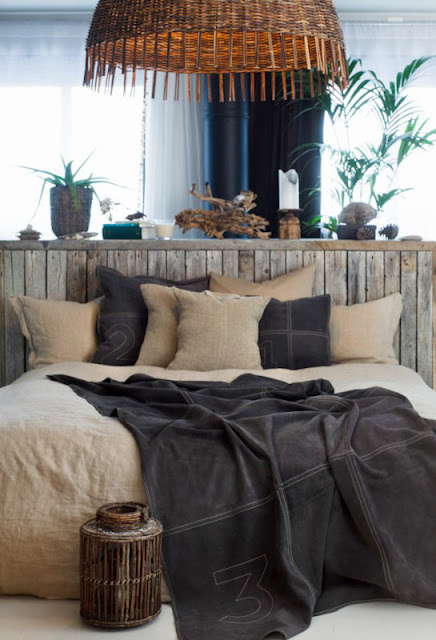 Choose a style you like and go for it. I always do!
The  bedroom got a new wodden flooring painted a grey tone and the walls got a another shade of grey.

The biggest change from the before picture is the choice made from the planning of the room, the placement of the bed in the middle of the room in front of the the headboard made from recycled wood with storage space in the back ( where no one can see :) 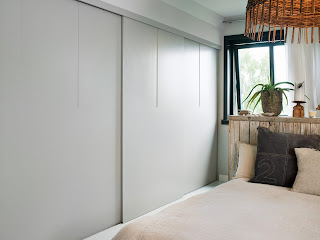 Perfect closets are built on each side of the bed where the roof slants. The room is made smaller but wins majorly in closet space. When all is stored your home can become beautiful is what I say. 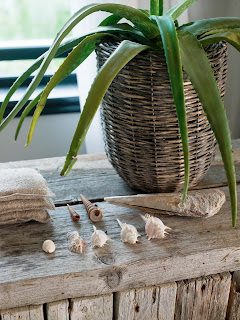 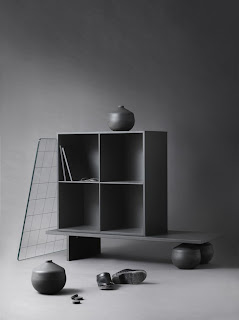 Form, function and folklore in cabinets and sideboards and the award winning sofa table designed by TAF named Trotters inspired by swedish almoge and curlingstones.
I´m curling stoned! Check it all out at :

My own home makeover 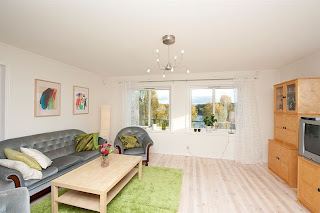 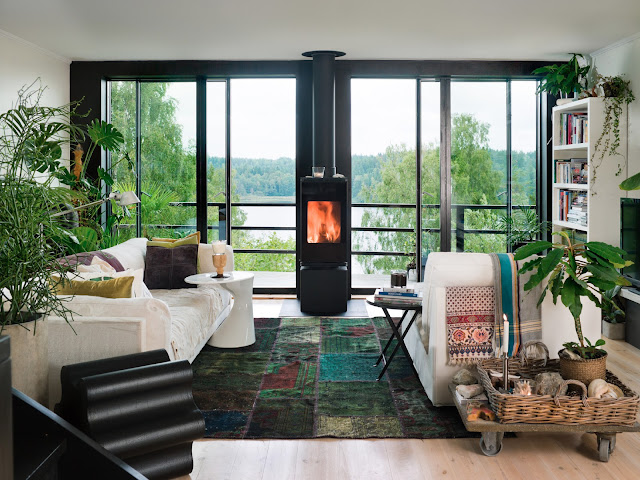 Yes - we did put in new windows and that was the most important change. The fireplace is certainly a upgrade that both feels good a cold winters day and is visually a design treat.

I LOVE a good make over and I LIVE them in my own life. I bought the house looking like it does in the before pic and I made it mine as you see in the the pic below. The lake and the trees is the major difference. Just to see nature when its this beautiful does wonders for your interiors. Do you agree?