For me its an honor to be invited to the presslunch at Artipelag to see
Fornasetti Inside out Outside In.

To arrive to Artipelag and listen to Director Bo Nilsson explain the set up  with Barnaba Fornasetti present and see the entire fantastic exhibit and then be treated to lunch overlooking the Stockholm archipelago concluding with a
Fornasetti Inside out Outside In
desert is just heavenly to me.

We not only get to see rare gems like this La vendritrice di farfalle from 1938 that clearly shows how talented Piero Fornasetti is already at the age of twenty-five.

Oldest son Piero was born in Milano 1913 och was expected to become an accountant and work in the family business.

At home he painted both walls and ceilings with such an artistic talent that he should have been considered a wonder child.

The Milanese Piero Fornasetti is said to have been very familiar with the city's dual identity as a modern financial center and as city with a historic presence.

This contradiction between modernity and tradition is understood to have provided the the main source of inspiration for his art.

Personally I think Piero Fornasetti like many in todays society don't identify with any gender. Some peoples gender changes over time. People who's gender is not male or female use many different terms to describe themselves, with non-binary being one of the most common.

Piero created so many versions of this plate theme that it seems to be a never ending story. 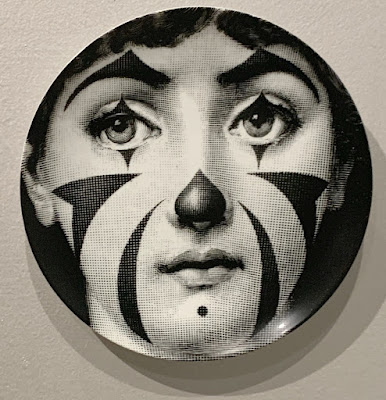 Dive into this video and have a
Fornasetti plate overdose.


Yes. There is more! 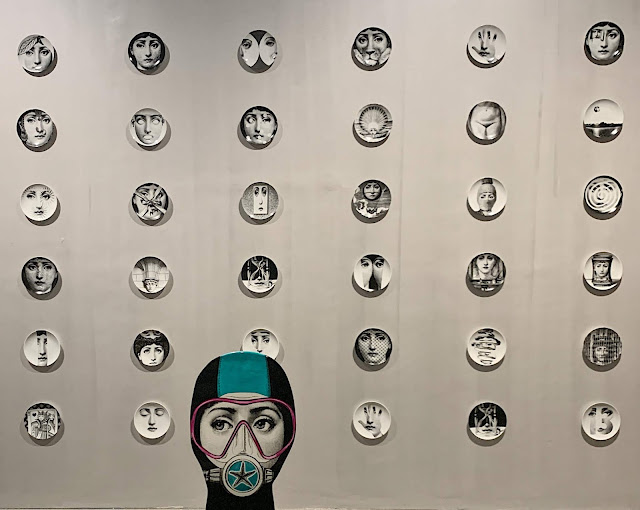 Fornasetti Inside Out Outside In at
Artipelag 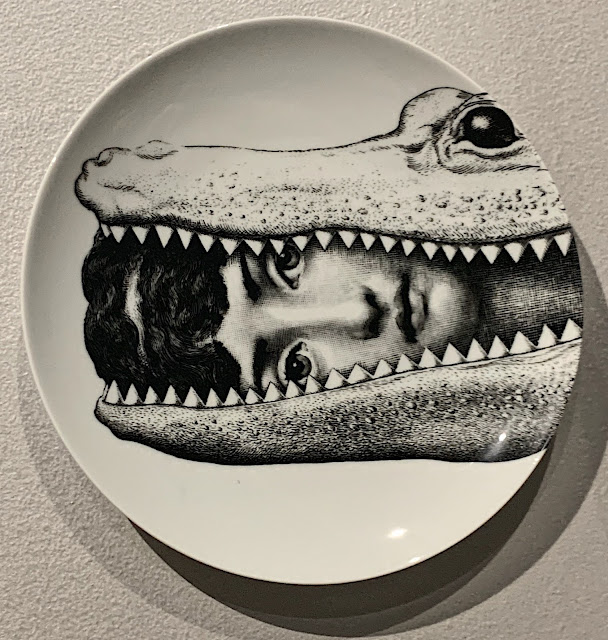 Yep. More plates. No wonder that my thought of Fornasetti was that I liked the plates but what else was there. Not knowing all of the areas Fornasetti conquered. He began painting  but expanded to drawing, printing, design, interior, architecture, furniture design and commercial entrepreneurship always employing a modern approach. 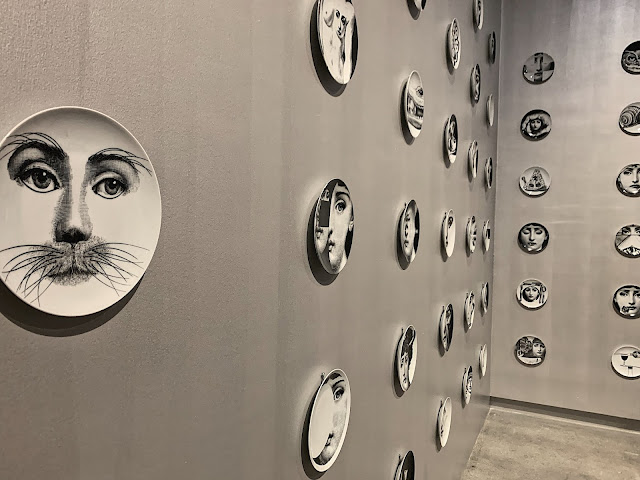 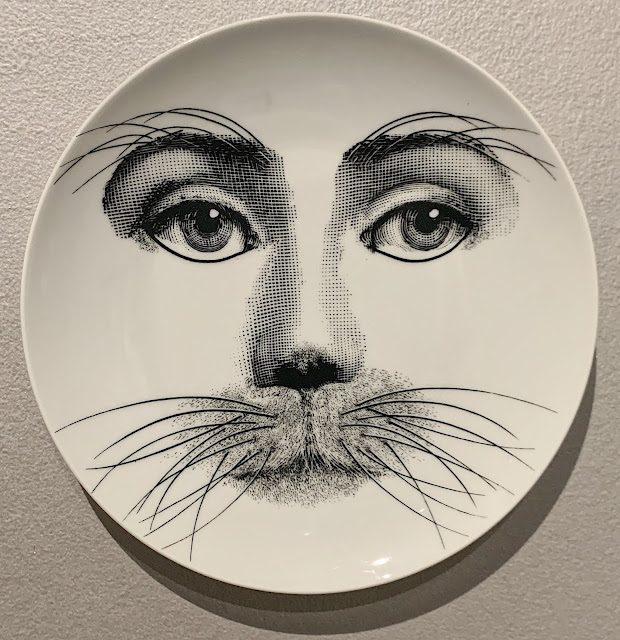 The framing of the
Fornasetti Inside out Outside In exhibit
is the most attractive I have seen at Artipelag. The colors, the interiors chosen and the layout is a pure joy to experience. 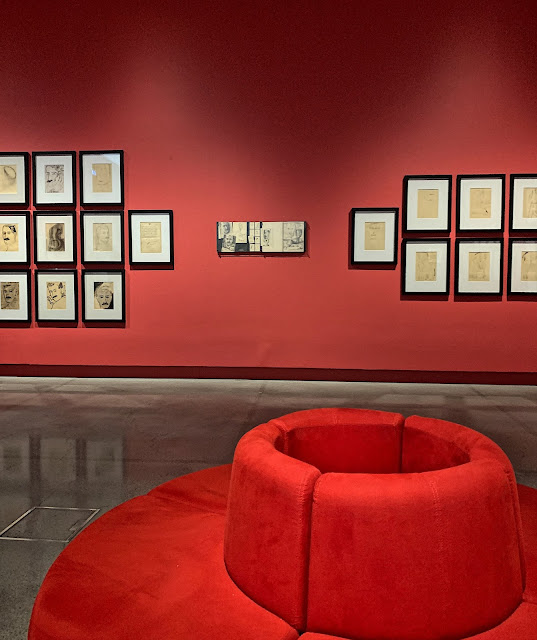 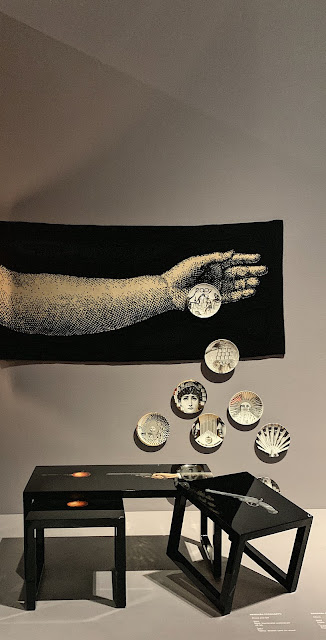 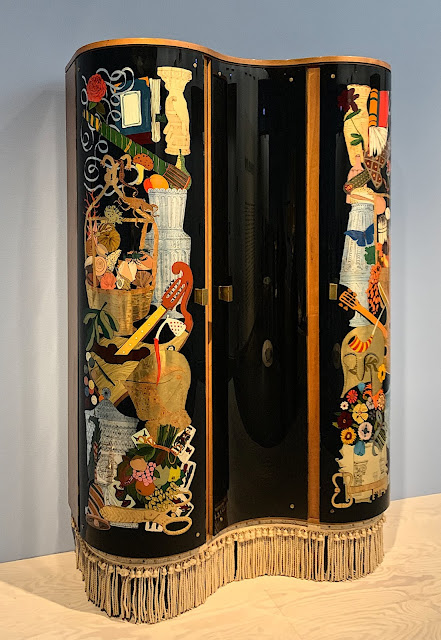 Gio Ponti and Fornasetti was a odd combo. Ponti had a long career as a architect and the 20 year younger multi talanted Fornasetti must have fascinated him. They worked together under a long period and this bent glass cabinet by Ponti with drawings of Fornasetti is a masterpiece from 1940 showing how well the two different styles of these two men work together. 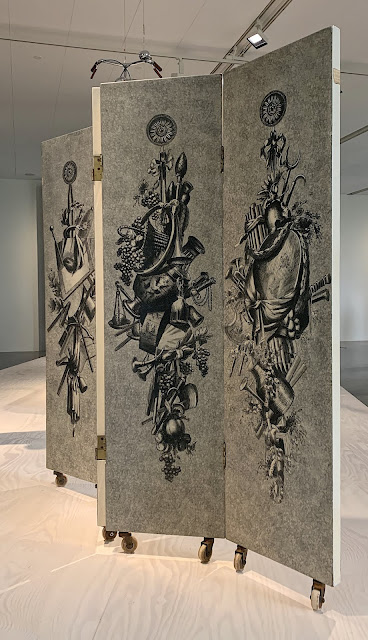 The Stanza Metafisica room divider is my own favorite and was owned by Sting for many years.

The interest for metaphysics is again a hot topic just like Fornasetti found interesting 1955 the same Q are expressed 2019.

Metaphysics studies questions related to what it is for something to exist and what types of existence there are. 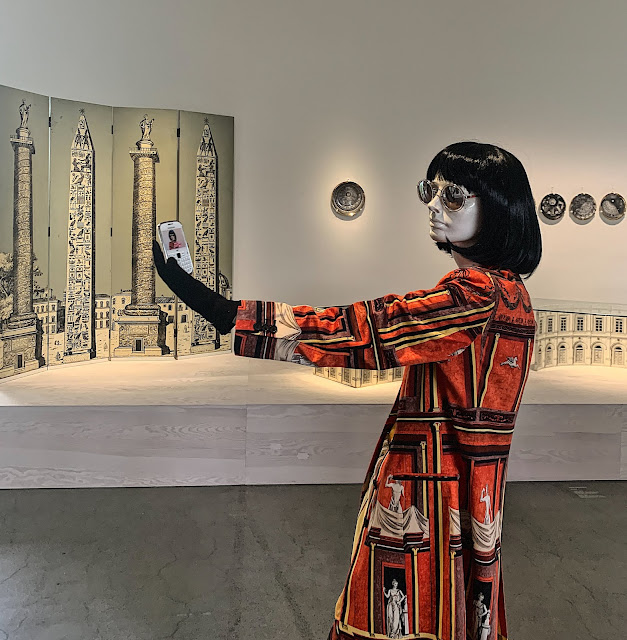 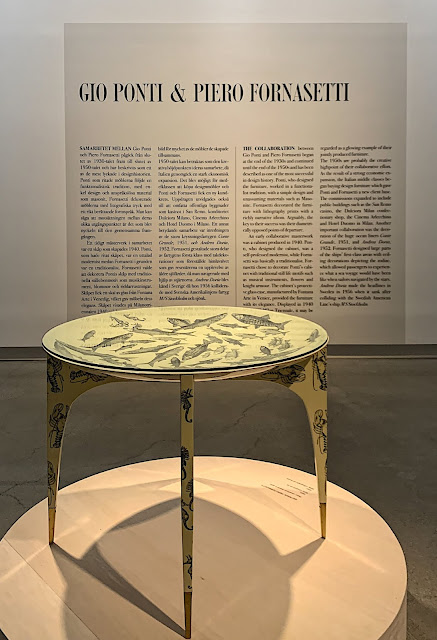 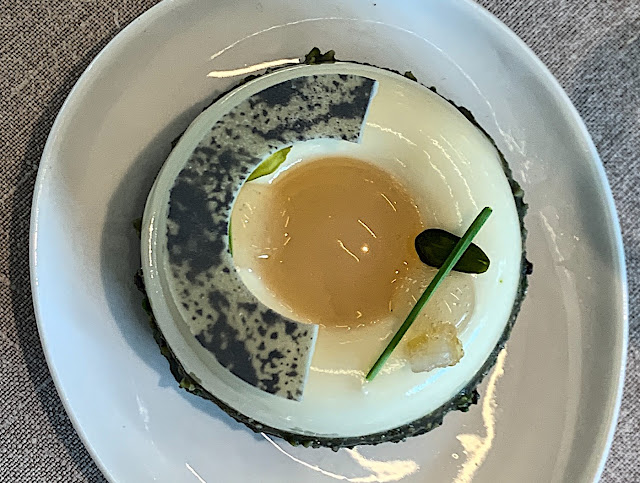 Above is the tasty Fornasetti dedicated desert and below the Fornasetti wallpaper that covers the walls and as you see even the desert.

See the Fornastti Inside out Outside in exhibit as soon as you can. Next time I see it. I will take the boat out to Artipelag from Sthlm city center and then spend the whole day there.

Useful article, thank you for sharing the article!!!