The Pandemic of Human Error 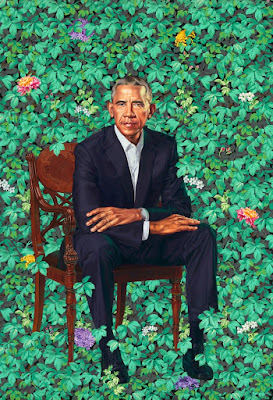 I have serious news to pass on to every-body

What Im about to say

Could mean the worlds disaster

Could change your joy and

laughter to tears and pain.

These are the words of the Stevie Wonder in his song (hear the entire song below) Love`s in need of a love today, which is as true today as in 1976 when It was written and I was 9 years old.

When I am asked if there has been improvement within Gay Rights during my lifetime I always say yes. Sadly it is not the whole truth.

We have seen more open gay humans and even celebrities around the world and LGBTQ people accounted for in the countries were homosexuality is not even legal. But how is Scandinavia compared to the US or Brazil when it comes to human rights?

Gay Rights are human rights. According to the UN Human Rights are rights inherent to all human beings, regardless of race, sex, nationality, ethnicity, language, religion or other status. Human rights include the rights for life and liberty, freedom from slavery and torture, freedom of opinon and expression, the right to work and education, and many more.

Everyone is entitled to these rights,

Growing up in the small Swedish suburban west coast town of Kungsbacka was not what I would call a multicultural and including environment. Everyone in my class, school and neighborhood were all different shades of pale. All kinds of what I then called white people were my friends.

I saw myself as a white young male not fitting into the hetero system that prevailed. Everything changed when I met Pauline in the fifth grade. My new friend loved to be with me and was not put off by the fact that I was bullied by the older boys. A group of 3+5 boys in my own class led by a two year older boy ganged up on me and made me hide during the lunch brake.

The infant that had been refused to graduate from 6th and had to reprise 5th with my class singled me out.I was also among the smallest kids of my class and since I both played jump rope with the girls and Brännboll, a simplified type of baseball ,with the guys I was the odd man out. I was a tjejtjusare…a girl pleaser…and that was bad apparently.

I was moved from my class in the 5th grade to a new class. I was the problem that was for sure. Pauline did not care. She was used to not being accepted she said.  As soon as as Pauline left the room, both my family and my so called friends referred to Pauline as The black girl, Den svarta tjejen. The negro. Negern. Always in a derogative tone.

Kungsbacka city where I lived was ruled by white heterosexuals that seemed to like only their own kind. I was 14 and concluded that most white people were afraid of black people and bög= fag,  which I was called was the worst thing a boy child of 14 could be named whatever the color of his skin.

My friend Pauline was adopted by her white parents. She was brown. Not black like everyone said. Were all pale faced people color blind? Pauline knew she was not pale faced like her parents but we both failed to understand why her skin color was such a big deal. Conclusion being : generally black lives did not matter and gay was something not accepted in Kungsbacka 1981. Är svartskallen kvar eller?

As a 17 year old on my first intercontinental flight 1984 the Customs regulations form where you needed to fill in your race is where I first understood that a white man is called caucasian after going through the other possible boxes to tick. This was the first time ever I had to specify my race for anyone or anything.

High School in North Carolina in the US made it possible for me to understand that I wanted to work within the theatre and music business by giving the chance to take drama, singing and acting every day. Being part of the music department at Cary High meant for me making fantastic friends with NON caucasian, which I was told by my Exchange Program family mother was not the way to go, if you wanted to be popular at Cary High. In the same direct way I was also informed how the (heterosexual) correct,  way of carrying a book or two in high school so that no one accused me of being a fag.

In the beginning of the 1990s my ex longtime boyfriend and I, for the first time, had dinner with his family in their home in the projects of Nashville, Tennesse, was the first time this white boy was the only Caucasian for as far as I could see. Arriving at my boyfriends all African American family after driving slowly through the neighborhood made it clear I was in minority as a white dude for the first time in my life. Maybe I came to get a glimpse of how it must have felt for Pauline growing up in our all white Swedish suburbia.

Travelling together as an openly gay couple was mostly no problem but it stood clear that a caucasian Swede with blue eyes passes all customs without problem whilst a muscular, black male, was stopped, interrogated and nude searched constantly.

Working in the publishing business for many years in the Interior design and Life Style segments as a stylist I produced many covers for Magazines in Scandinavia. One of my Editors at the time called for a meeting, which in the 90s  always meant in person, to explain in complicated devious terms including stats proving that an African American, Asian or African…model on the cover does not sell as many copies

as one with a white girl.

7 years ago I lived outside the University city of Lund,Sweden in a former farm house. Our closest neighbor was a pig farmer. At least I thought so. He came to our home as a contractor when we were looking for a builder and said he could do the job. Skip ahead three weeks. After concluding that me and my partner at the time were two men living together the pig farmer turned builder ran his pic up at full speed at me walking my three Border Collies along our mutual country road shouting Dö djävla bög, Die fucking fag. He did stop before he ran me over and then disappeared in a cloud. His words rang in my ears for a very long time. I reported it to the police after not being able to sleep after the incident. Although I learned later that the Pig Farmer had several criminal charges the Pig farmer was never charged with anything although he committed a homophobic death threat. The case was closed before any investigation was done.  The Police in Sweden as anywhere can not keep homophobic individuals breaking human rights constantly inside their own system. How can they inforce the law?

During the pandemic I have had more time to reflect then ever before in my life. In my opinion the most life threatening virus 2020 is not upkeeping human rights.In Sweden or anywhere in our socially unjust world.

Living in Brasil which if you read international media would be very dangerous at the moment I conclude that this South American country by general media almost considered "third world" respected my rights as a gay man to travel intercontinentally to be with my husband in the midst of a pandemic. I was nervous to say the least as to how I would be greeted when getting off the plane in Brasil. Did I have the right documents for this planetary panic situation brought on by the pandemic? Apparently I did and now we live in Penedo, Brasil.

In my opinion the most life threatening pandemic is the spread of Human Error instead of Human rights.

The children are our future.

The lyrics of Children will listen by Stephen Sondheim:

Careful the things you say

Careful the things you do

Children will see and learn

Children may not obey, but children will listen

Children will look to you for which way to turn

To learn what to be

Careful before you say : Listen to me

Please stay in touch my friends

As we open the door to our wedding suite we are greeted with a bottle of bubbly and a card. How nice! I open the card that says Congratulations Mr and Mrs Schönning. Marcello right away said he did not care. Everyone makes misstakes. And that is true naturally. Its just that if the hotel had routines that included checking the names of the wedding guests or even better just :  Congratulations!

The generous gesture of giving should not be overshadowed

by what can be perceived of as homophobia.