Tim Mårtensson is the one and only Plume Maker in Scandinavia. He is also a dear friend that I stand in awe of.

Here you see Tim and me in my Studio where he let me exhibit a few of his amazing headpieces. As you see I could not resist wearing this green bird as it landed on my head. And feathers does just that, you instantly want to try them on!

Knowledge about from what birds the feathers originate, where on the bird they are located, how they are used and reworked is a must just like knowing that the birds are never wronged in the process. 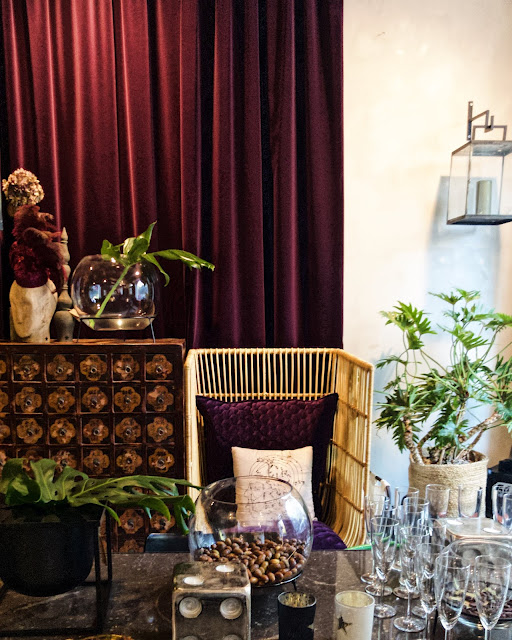 Here you see the plum colored (right Madame Bond?) hat with feathers we have had the pleasure of showing at Jimsch Studio that Tim has created. 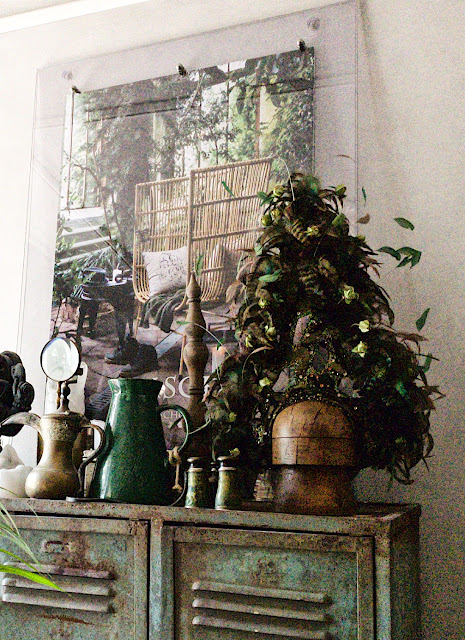 This unique triangular or Christmas tree shaped head piece is held together by a camouflage cap.
After my brief of what my first collection should look and feel like for Jimsch, I asked Tim to make a feather creations to fit the wood head design I called Wigstock (ask me for more explanation if you know from where I found that name)

Tim made this green feather and camoflage fabric and told me that it will make me feel at home when i wear it. So I guess it´s time to find the right occasion to wear it (!) Meanwhile it sits right here for all to see at the Jimsch Studio at Södermalm. 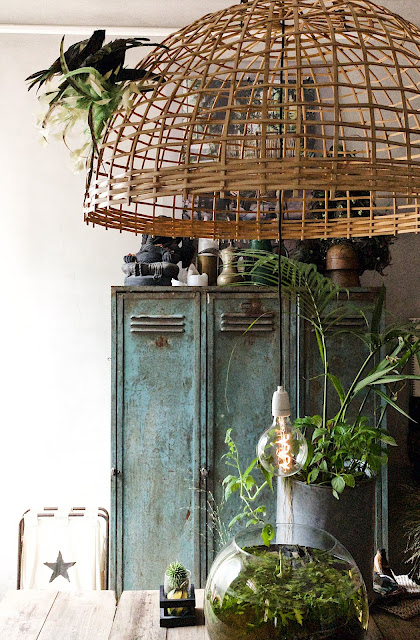 Here you see how the green bird head dress that Tim created from the design of Anna Del Russo, Editor-at-large for Vogue Japan for H&M.

The gorgeous green bird flew up into the lamp I designed called Soomkai because the technique comes from the making of chicken cages in Thailand kai is chicken in Thai and Soomkai means chicken coop. 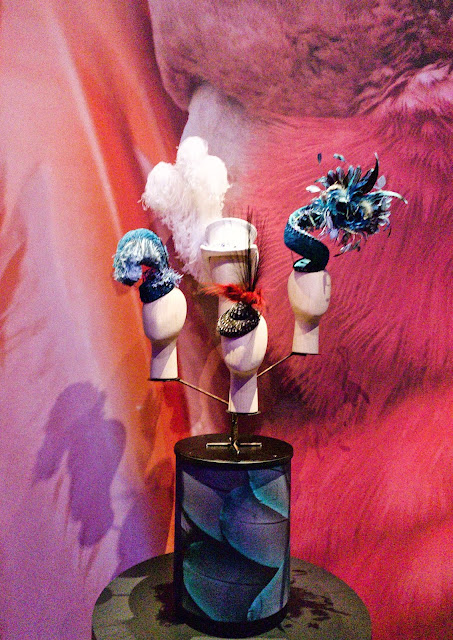 Not only does Tim do feather artistry for theatres, museums and performances around the world he also does lectures and teachings in the art of feather making.

Tim has contributed to the exhibition Feathers, A world of feathers at Etnografiska in Stockholm, which you can see more of at my Instagram highlights with moving images-look for the icon named Feathers.

See all of Tim´s feather world at his Instagram

The history of feather gear.

Feathers and plumes in historic context as well as in futuristic fashion.

If you are into fashion and interiors then the exhibit at Etnografiska is something for you.

I am so happy to follow Tim and his amazing feather artwork he creates from his studio at his farm outside of Stockholm.

Welcome into Jimsch Studio Showroom when you are at Söder in Stockholm and see the green plumes that Tim made for us.