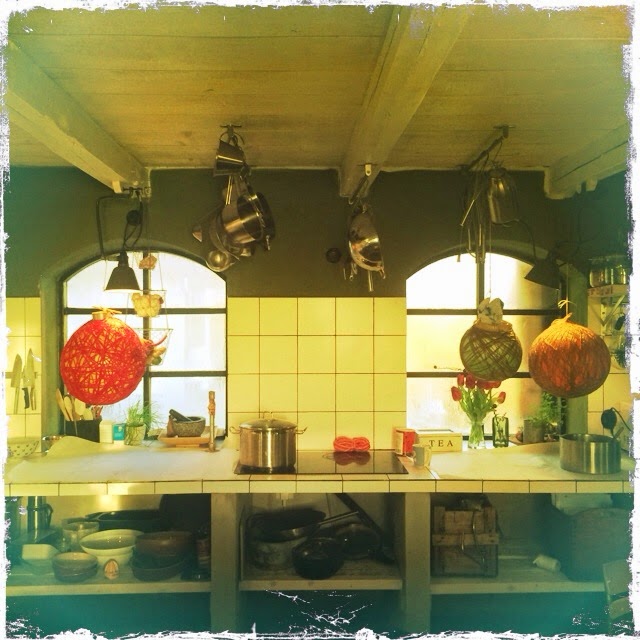 The beloved Random light for Moooi by Bertjan Pot
is a favorite of mine. Do you like it ?

The technique that the lamp has been done with and that kind of lampshde has been around since the fifties in Europe as far as I know.
It´s made from your choosing of material. Thread or paper or dental floss if you like and wall paper glue. The bigger the balloon, the bigger the lampshade will be.

Make an opening as large as you want by attaching a round object of the size you desire. A measuring  cup or a baking device as I used. Anything goes!

We used jute and red paper thread just as an experiment. My Francisco has learned how to make this growing up in Cuba since everyone wanted their own style and there was not enough interesting lampshades to buy, creativity soared.

Wind the thread of you choosing around the ballon and dont forget to make a hole for it to be able to have an opening by attaching an object of the right size. Then paint it with wallpaper glue. Let it dry. Take the air out of the balloon and remove it and .....voilá -- you have a new lampshade! 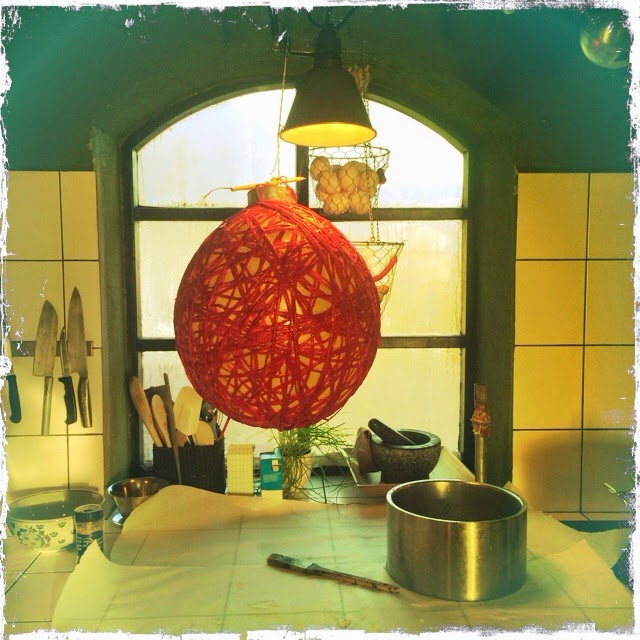 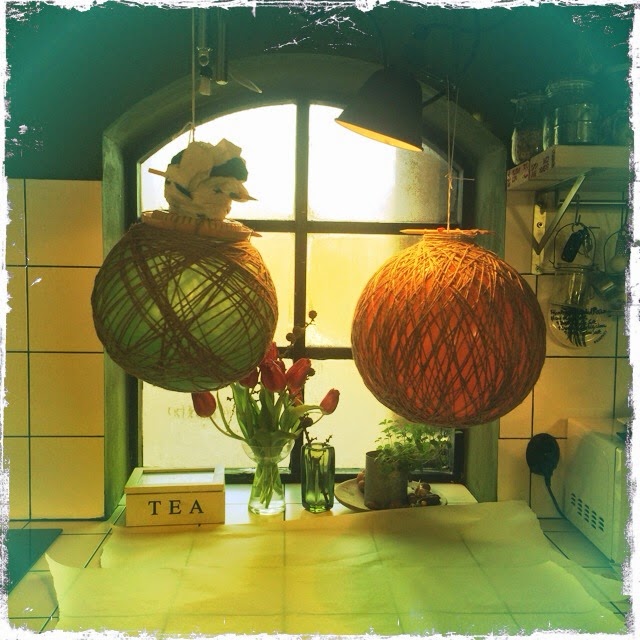 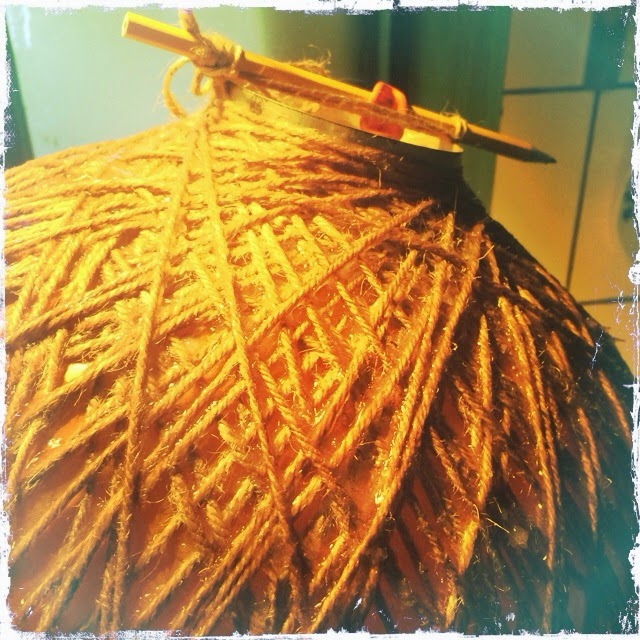 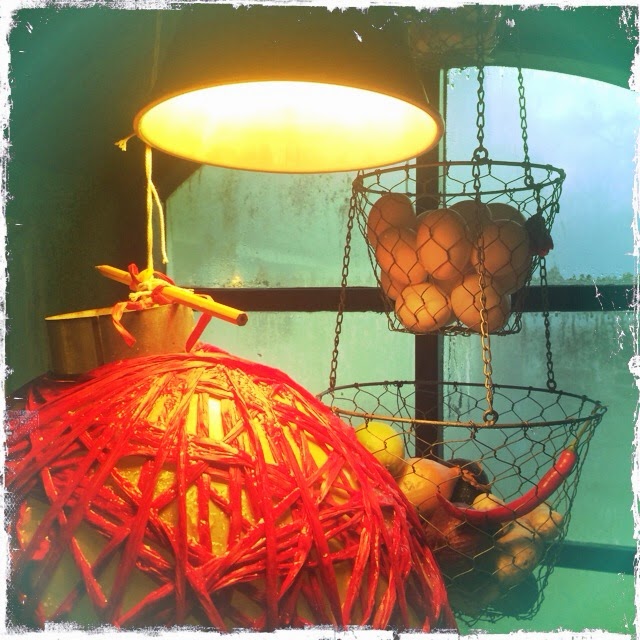 Placed on the beams of the Stable open plan it looks like this. The shadows made by this type of lamp is the best part. Don´t you think ? 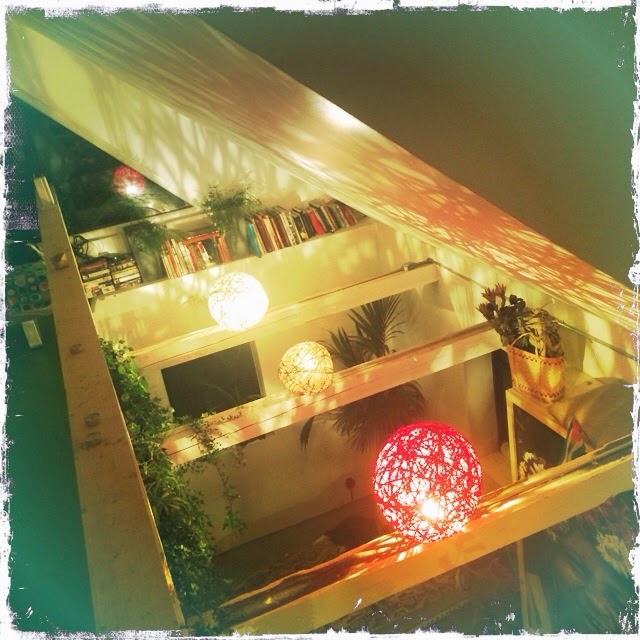 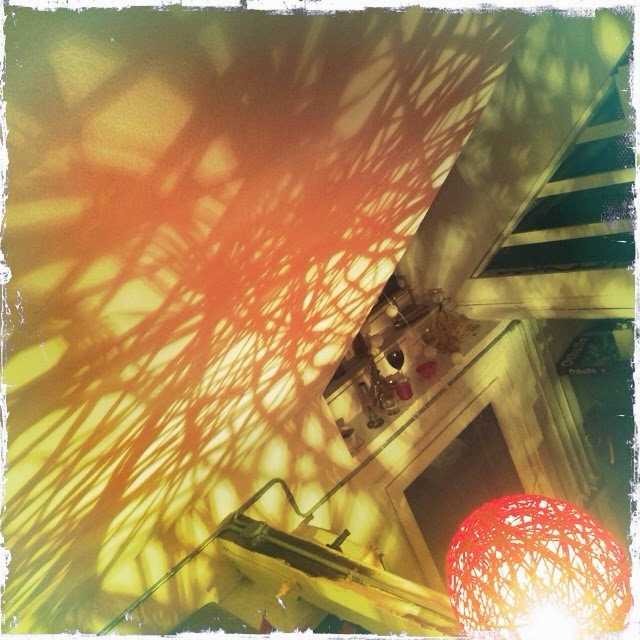 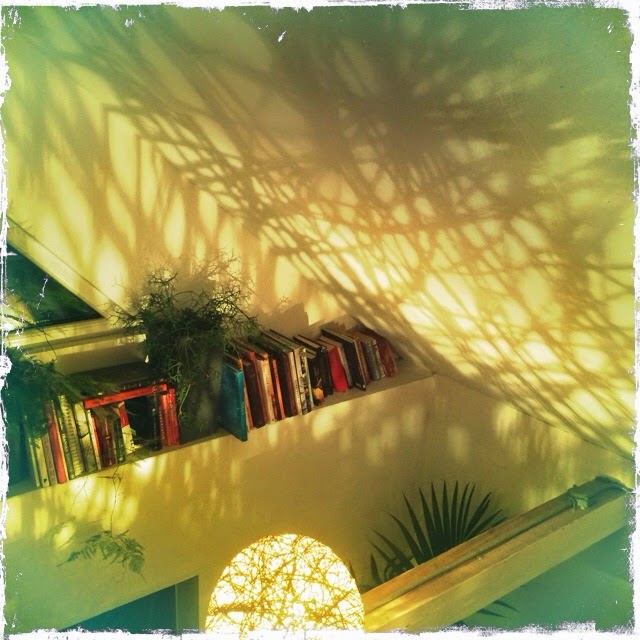